Doughnut Plant doughnuts and Shake Shack's concretes have been joined together to create a doughnut-filled ice cream concoction that's sure to lead to some epic post-ingestion napping. Consuming just one of those items on its own requires taking the rest of the day off.

The Staple Concrete isn't just a lark the two entities decided to go on; it's actually a clever way of getting our attention to the real other between Shake Shack and Staple Design. The two are releasing a "limited edition product capsule" (huh?) that includes Shake Shack and Staple branded T-shirts and sunglasses (Ohh...). All the products launched today—check them out here. The T-shirt depicts NYC landmarks with the appropriate #brand markers; the green/blue mirrored lense sunglasses, an additional collaboration with Knockaround, are also appropriately #branded.

Okay now shut up and give me that ice cream! 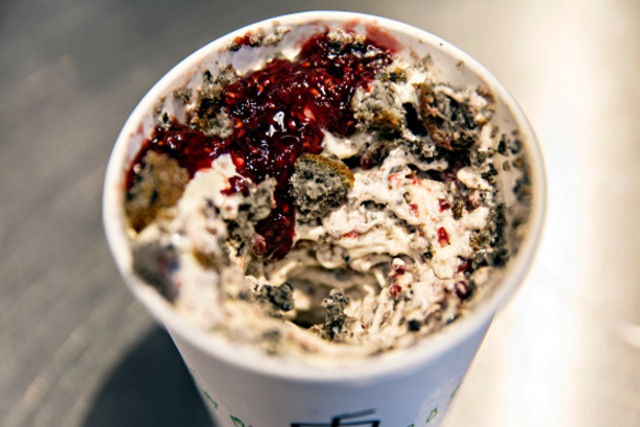 #concrete
#doughnut plant
#shake shake
#original
Do you know the scoop? Comment below or Send us a Tip