Our latest installment of Quick Bites is more of a warning.

THE VIBE
A menu overhaul inside a Williamsburg music club would normally barely register on the food excitement meter among most. But when the club in question is the popular Baby's All Right, and the revamp is touted as the opening of a totally new restaurant, and outlets like the New York Times pick up on the story, and when the executive chef is Michael Sablan, briefly of Mission Chinese... you have my attention.

Sadly, I'm here to say that you can completely ignore this overhauled eatery, now called Don Muang Airport, and continue to go about your day.

First of all, there's nothing new about the space itself. Same scuffed tables and saggy benches. Same grim lighting. Same barely-discernible old maps on the wall. On a sunny, springy evening, the shades on the big windows facing Broadway remain pulled down, adding to the depressing atmosphere.

The music is unbelievably loud, which would be fine, the indie/disco playlist is decent, but the sound system is terrible and the highs set off shivers deep inside your ear canal. The look of disappointment on people's faces as they were being seated signaled that I wasn't the only dupe in the house. But at least we all got firecracker bracelets or thumbs-up wrist stamps on our way in! 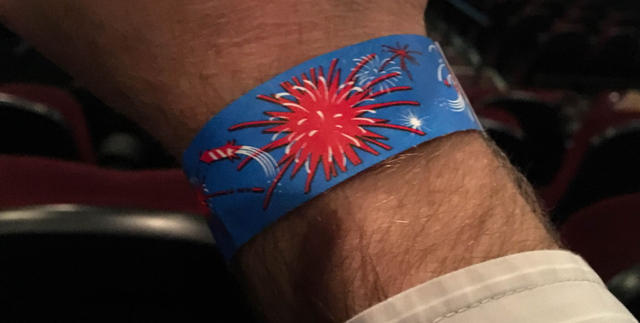 THE BITES
Chef Sablan worked at Mission Chinese, but a reliable source told me "he didn't do anything" there during a very brief stint on staff. And who knows, Sablan might be an excellent cook, but my two meals at Don Muang Airport were awful.

There's nothing going on with the Green Curry Fried Rice, for example, which bears little evidence of curry, or frying, or flavor. The beef cheeks are tender at least, but the pumpkin is gummy, the rice dry, and the garlic chips are about all you can taste.

The Larb/Larp/Lap [sic] is similarly uninspired, arriving with zero heat, the crock of crumbly chicken disconcertingly redolent of pet food. The Moo Ping pork skewers have more presence, and the texture is bang-on, but the marinade is unpleasantly sour, and can't be overpowered by the generic fish sauce.

Another clunker is The Risky Chicken sandwich, which is more soggy than dangerous, really, thanks to the damp pile of papaya salad on top. Again, though, the meat itself—pieces of fried thigh—is properly cooked, all tender and juicy, so at least one part of the operation back there is functioning correctly.

Oddly, the only good thing I ate at the Airport—wait, is this all supposed to taste like airport food... is THAT what's going on here?—were the Samosas. Yup, the South Asian staple, here stuffed with cauliflower and tofu, forces its way on to the menu via vague justification (something about a restaurant behind Bangkok's Orient Hotel that serves them), and wins the whole damn night. The pastry casing crackles, the filling packs some punch, the yogurt and mint dipping sauce evens it all out.

The worst part, though? I learned later on that most of these dishes have been available here for months, so Airport is neither a new restaurant nor even a new concept within an existing space! They just slapped a new name on the food service, redesigned the menu graphics, sent out a press release, and expected suckers like me to show up. Which I did. But at least now you don't have to.

THE VERDICT
Even if you're seeing a concert in the back room, any one of the dozen or so other restaurants in the immediate vicinity will make you much happier than eating at this Airport.