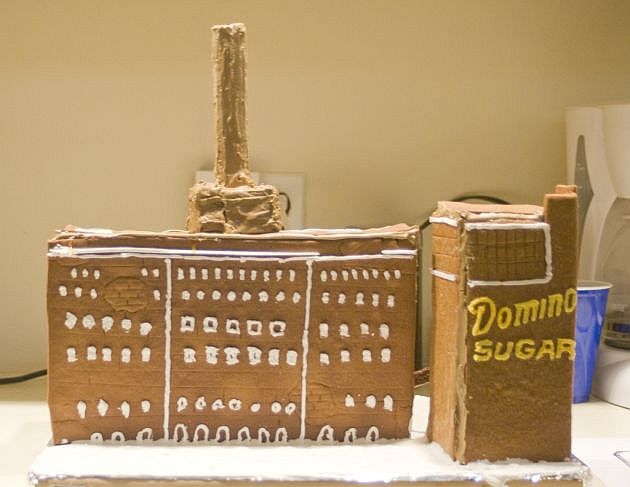 This past September, preservationists won a major victory when the Landmarks Preservation Commission voted to give parts of the massive old Domino Sugar Refinery in Williamsburg landmark status. Three of the buildings at the site will be preserved and renovated for residential use, including some affordable housing.

These things move slowly, of course. In the meantime the old refinery has been given a sweet homage by a Flickr group named Powerhouse. All we know is that the masterminds behind the tasty Domino tribute are named Andre & Amy, and that their creation was entered in a Gingerbread House “Throwdown.” We also know that their Domino Sugar Factory was shockingly tied for third place, losing to other edibles whose chefs surely must be sleeping with the judges.

Don’t believe us? See the 1st and 2nd place winners, plus more photos of the robbed Sugar Factory, after the jump.

The First Place Winner, “fucking chichen itza by jenn, jessica, anna, & noah”, while cool enough, is Graham – not Ginger – and makes a mockery of the "Gingerbread" Throwdown. 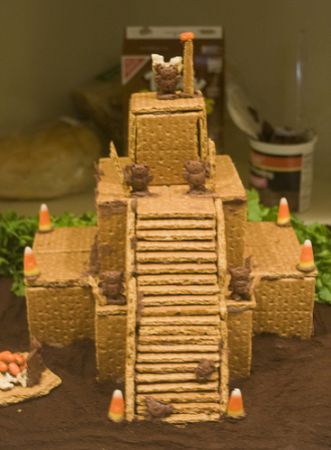 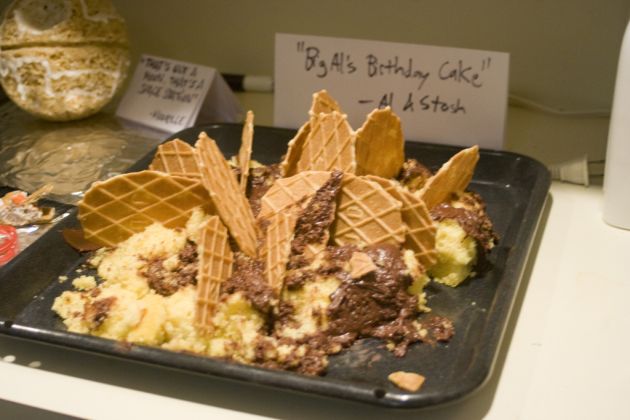 The tying third place contestant was “Don’t Throw Stones (made from sugar glass)” by... Anonymous. (Understandably.) 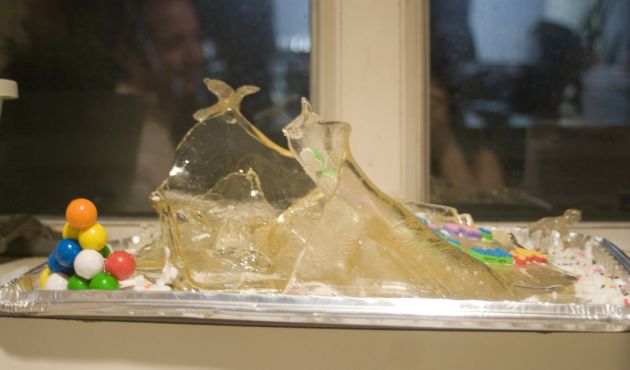 Yes, all those were considered equal or better in the judges' eyes to the triumph that is Domino Sugar Gingerbread Factory. 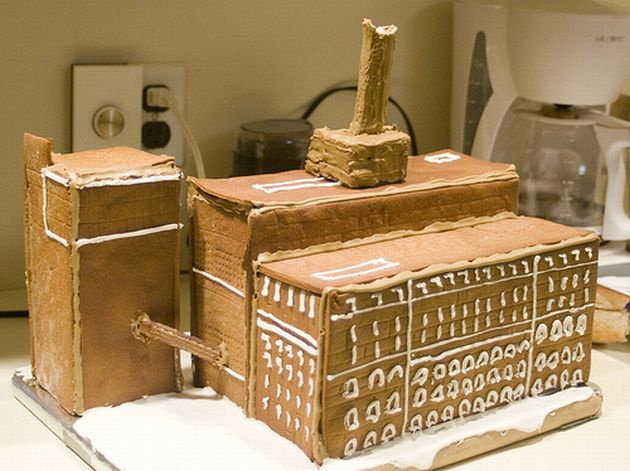 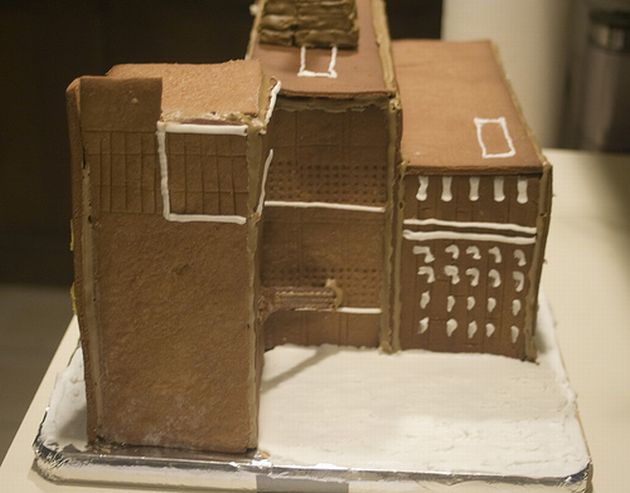 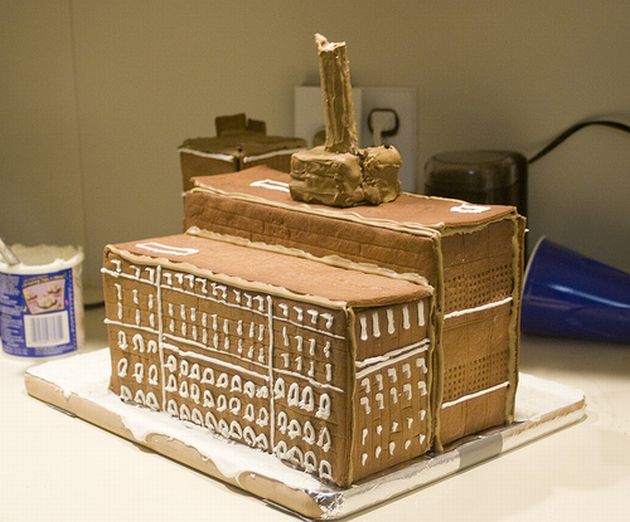