Does YOUR Coworker Fill Your Office With Unhealthy Snacks?

A sampling of treats in our office. (Photos by Jen Carlson/Gothamist)

It all started with innocent "Pizza Fridays," a weekly tradition at Gothamist HQ that involves ordering several pies from Grimaldi's at the end of a long work week. But those who partake do so by choice, and required to hand over money to get the goods—in recent months, however, our office has been saturated with free, unhealthy snacks. Under International Blogger Law, when something is free you are obligated to consume it—and with that, Gothamist HQ has been transformed into a dangerous den of gluttony, with one table dubbed "the Silver Table Of Sin." It's gotten so out of control we even had to get a bigger refrigerator, and yesterday our standing desk station was dismantled and transformed into a snack station. There is absolutely nothing exaggerated or fictitious here, and our tale is not uncommon—employees at companies everywhere deal with similar snacking issues—but what can be done?

First, as a test sample of the typical office, here's a look at what we're dealing with—at press time, we're being tempted by two tubs of Sour Power Straws; a plastic pumpkin filled with Reese's products, Sweet Tarts, and Blow Pops; various gourmet chocolate bars sent from our neighbors; and boxes upon boxes of Girls Scout Cookies. There is a real fear as to what will occur if this supply of sugar and fat ends abruptly, even though the main suppliers assure us there's only MORE on the way.

When asked about the infernal plastic pumpkin with the never-ending supply of candy inside, Gothamist co-founder Jen Chung noted that soon it would be replenished with fresh product—"CVS has Easter candy... so expect that!" When pressed further about the health factors, Chung threw us some shade and recalled, "I also brought fruit salad when I brought the 24 bagels in last week." 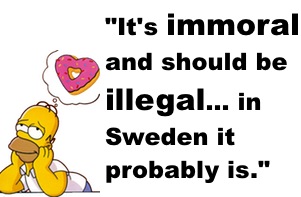 When asked about his contribution, Tien Mao—who is responsible for the enormous stash of Girl Scout Cookies that appeared yesterday—simply alluded to a near-endless supply: "Hopefully I purchased enough to last until the summer." Mao pivoted and quickly walked away as we tried to explain that we were not interested in more, but were working on a piece about unhealthy office snacks...

Laws that limit employers' power to "curate" snack consumption have stymied Gothamist publisher Jake Dobkin, who tells us the relentless river of sugary snacks is "obviously a passive-aggressive attempt to work out hostility by making your co-workers fat. It's immoral and should be illegal, and in Sweden it probably is." But there are those who enjoy the sugar fixes, like the young Chris Robbins, whose metabolism is still going full speed—this afternoon he told us, "Office snacks are crucial for morale. If you want productive, Pavlovian responses to work stimuli, peanut butter is more effective than pageviews. Some people thought that negotiating a salary in Reese's cups was insane, but those same people still find it hard to stay the hell away from my Reese's cups. Seriously, stay the hell away."

It seems office snacks are here to stay, so we've reached out to an expert for tips on running the gauntlet of junk food and dodging endless dips of the hand into the candy bucket. Holistic Nutritionist Kim Ross passed along these tips:

1. Avoid all "free" candy on colleagues' desks
2. Bring 3 different fruits and a small bag of mixed nuts with you and leave on your desk so you can see them and snack as desired when temptation occurs
3. Always have water or herbal tea at your disposal (hot and cold drinks to fill all needs)
4. If you do indulge in office junk, limit quantity to 1 or 2 pieces of it and eat sitting down at your desk; follow with green tea which is a fat-burning aid.

During a brief experiment, known as the office's Fruit Cup Renaissance, one office Hero brought in and prepared fresh fruit cups everyday for one week, for any coworker interested. Through the course of that week, everyone's eyes were a little bit more open, and skin a little less sallow. And we're totally going to do that again, once we kick these boxes of Girl Scout Cookies. 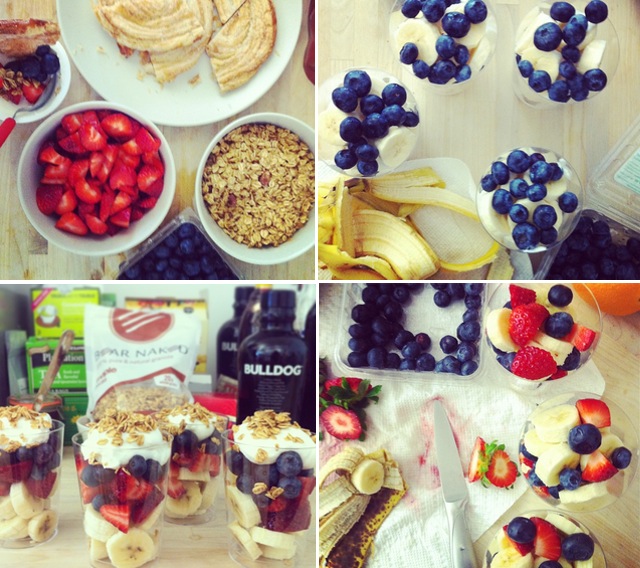 #office snack etiquette
#office snacks
#snacks
#your coworkers are trying to kill you
#original
Do you know the scoop? Comment below or Send us a Tip