Does "Fast-Casual" Even Exist? 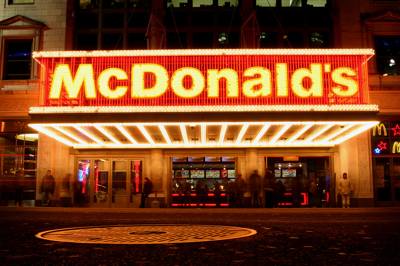 A Times article on the popularity of “fast-casual” restaurants continues to cause some major head scratching. In straightforward expansionist news, the article reported that the Five Guys burger chain plan on opening 29 new local outlets in the next 8 years, and Hale and Hearty is busy putting the finishing touches on its 20,000 square foot Williamsburg production facility.

But the trend spotting that motivated the article remains dubious. Ostensibly about “fast-casual” restaurants – defined as a hybrid of places like McDonald’s and Applebee’s – the article implies that the latter has made its mark by “generally serving fresh food made on the spot.”

If boil-in-bag riblets qualify as fresh food, then sure, “made on the spot” is dead-on; Subway makes its own bread, too. As pointed out here Monday, the Times article quotes an enthusiastic Chipotle customer: “It’s fast, it’s healthy, and delicious – that’s all you need.” But antibiotic-free shredded pork in a burrito does not necessarily a healthier meal make. Moreover, the article makes no mention of nutrition at any of the restaurants it describes while simultaneously ordaining them bunch of “fresh food” based alternatives.

Using results from the “Top Food” category of (an obviously landmark) Zagat/Today Show survey, the article grouped Chipotle, Panera Bread, and Quizno’s in the “fast casual” category while somewhat inexplicably excluding Wendy’s and Chick-fil-A. (There’s currently only one NYC Chick-fil-A, at NYU’s Weinstein Food Court, a “fast-casual” sleeper cell lying in wait). Here it seems like the Times piece is a Business section article disguised as a food piece, down to a consultant-supplied sound byte: “Fast-casual dining is perfectly suited to the fast-paced environment of New York.” 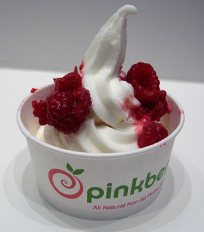 There's been a strange reciprocity lately between chains and food writers: Serious Eats even issued an open call Monday for ideas on how to revitalize a foundering Starbucks, with Ed Levine suggesting that the chain “localize each branch in some way, with a local food.” While some comments on the story weren’t as constructive, New York remains a very chain restaurant-friendly town, where any neighborhood Pinkberry, Grom, or Yolato opening typically commands a larger word count (and a more critical “soft-serve”) than anything independently-owned. Is this a sign of the restaurant apocalypse?

Maybe, but in the meantime if you’re looking for lunch in midtown that’s less “fast-casual,” less Così, try Matthew Kenney’s Free Foods NYC, where food billed “made from scratch” actually is, and staff never has to resort to strategically written corporate playbooks to answer your food questions.

#As
#chipotle
#fast casual
#five guys
#matthew kenney
#starbucks
#subway
#thomas keller
#williamsburg
Do you know the scoop? Comment below or Send us a Tip