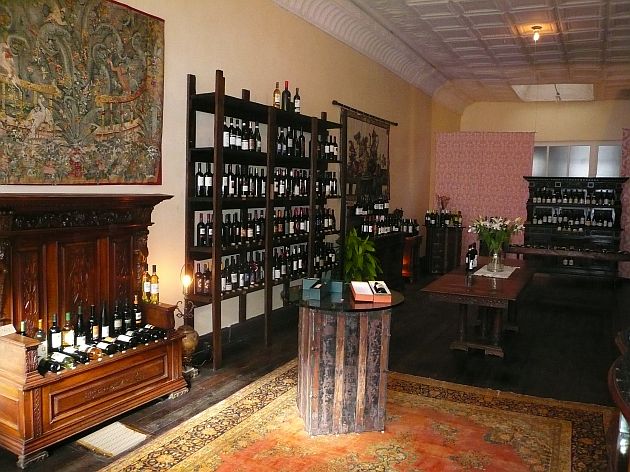 Since an army of sloppy amateurs are expected to mob New York’s bars tonight to toast the anniversary of Prohibition’s end, it might be a good night to pick up a bottle of something or other and bring the celebration home. Imbibers looking for something special in Brooklyn need look no further than the Williamsburg Bridge; the paisans behind the rustic Williamsburg restaurant PT and the romantic North 8th Street D.O.C. Wine Bar have now expanded their neighborhood turf all the way to Broadway, diagonally across from Peter Luger Steakhouse. 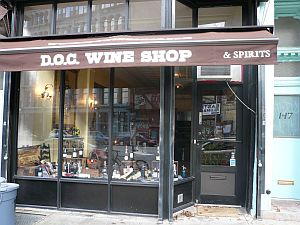 D.O.C., as you probably know, stands for Denominazione di Origine Controllata, which loosely translates to “controlled place name”; the appellation sets a legally enforced standard for Italian wines. But D.O.C. Wine Shop goes beyond fine Italian wine with a selection of wine and spirits from around the world, with prices ranging from $8 to $400. The emphasis is on difficult to find items such as a rare 37 year old Macallan Scotch. (Co-owner Diego Faccioli immediately snatched up a case when he found it.) Other rarities include the Tintilia Del Molise, cultivated from 9 acres of Italian vineyard on the south-central Adriatic coast; like many, Faccioli believes the tintilia grape variety is Spanish in origin, perhaps left behind when the Aragonese Empire crumbled in the early 1700s.

The 1,600 square foot boutique has an old-world feel, with restored 19th century credenzas imported from Italy and even older imported tapestries. An additional space in the back will be used to host a variety of wine classes for the budding oenophile. Their website isn’t live yet, but check back for info about wine tastings and wine club options for those interested in monthly wine by mail. But will the rare Staten Island wine be available once it’s finally bottled?