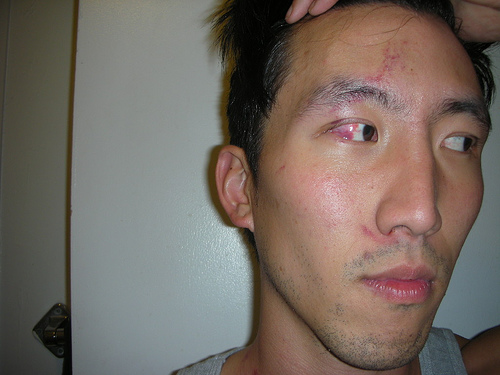 Just when you thought the Union Pool drama was lost in the archives...today we received an email that was forwarded on to us by a reader. It was a public email from Union Pool to, apparently, their mailing list. We were not included on the email, and when we asked for a statement earlier this week - after emailing with one of the managers there - we weren't given one. Instead we were asked to apologize and were told "we are a bar that supports our community and in turn it should support us." After seeing these photos, we can't help but wonder that if this is how they serve the community, how should the community support them?

The public email that went out, which they asked we do not publish in full, said that "the security person never struck this man" and that they had been in touch with all parties involved. After reading the Union Pool email himself, the alleged victim in this case, Charlie Tu, has sent along photos of his injuries, and told us:

"I just read the release from Union Pool. It's totally untrue, what they described. I was punched in the face -- all over and now have problems with my vision. Here are the pics my friend Paul took...obviously punched and choked."

We've asked Union Pool again today if they would like to give a statement and they said: "I am continuing to investigate, learning new information and in the process of writing another e-mail. If the security person did in fact strike Charlie, then he won't be allowed to continue working with us, but I need to get a hold of him to confirm or deny this. Our intention is never to misrepresent a situation. just shed light on it."

We understand that in the midst of a late night at a crowded bar, it can be hard to get a story straight, especially when most eyewitnesses are drinking. It's good Union Pool is investigating it now, but it seems like they could have saved themselves some trouble if they investigated it from the get-go.

UPDATE: Looks like people have been commenting on some issues with Union Pool on Free Williamsburg since 2005.

More photos after the jump... 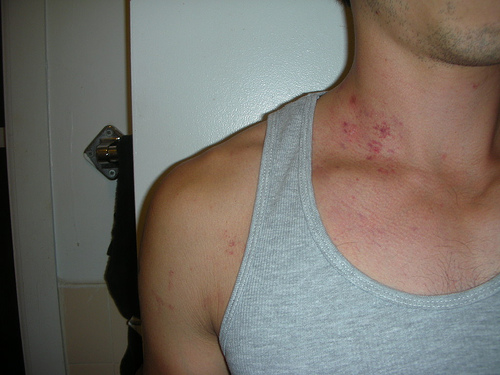 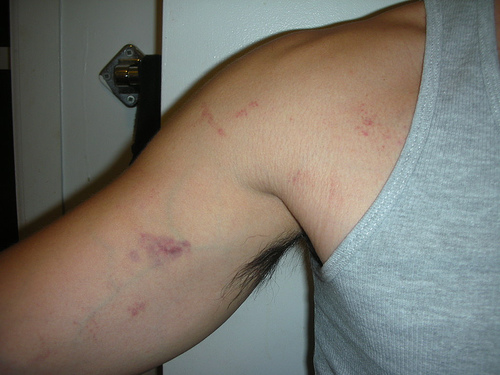 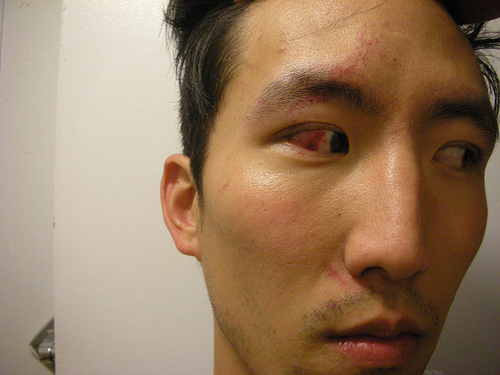