They even made signs! (Courtesy of Dirt Candy)

What is friendlier-sounding than a Canadian night at a vegetarian restaurant? That question is rhetorical because obviously nothing can be more pleasant than that combination of things.

Every Monday Night, Dirt Candy (one of the best veggie joints in all of NYC) will transform into The Great Canadian Beer Hall, which they launched in late January to great success. The restaurant's chef, owner, and Canadian-New Yorker Amanda Cohen announced the night noting that, "No matter how scary the world gets, Canada will always be your friend." Here are some more details:

Every Monday night (5pm to 1am), I'll be turning Dirt Candy into the Canadian bar of my dreams: The Great Canadian Beer Hall. There will be hockey on TV (no NHL games on 1/30 unfortunately), a bar menu, a bunch of Canadian beers and whiskey, and Bloody Caesars (Canada's cocktail), and CIT0002E applications for Canadian citizenship will be available on request.

The Great Canadian Beer Hall is a home away from home for Canadians living in New York, and a strong and free wonderland for New Yorkers who’ve always wanted a little more Canada in their lives.

A limited bar menu includes poutine, nachos, cheese fries, Nanaimo bars, Beaver Tails (choose your topping: Nutella, PB&J, or cinnamon sugar), and Spicy Maple Broccoli, but this is a bar, not a restaurant. There are no reservations and no aggravation, only a tantalizing taste of the true north.

Our sources tell us that place is pretty chill until around 6:30, and then keeps pretty packed until closing. Pour one out for America while you're there. 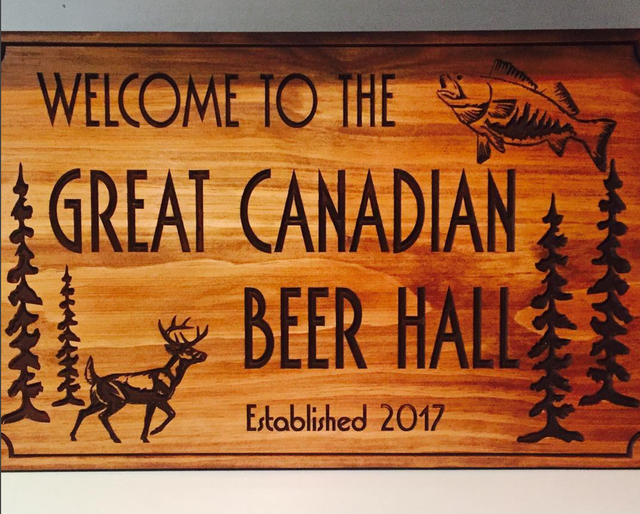