Did Mad Men Go To Trader Vic's Last Night? (And Other Food Moments)

We already revisited the smog incident in last night's episode of Mad Men, but there were also a lot of food-based historical references. Check them out below, from Weight Watchers to Manischewitz. 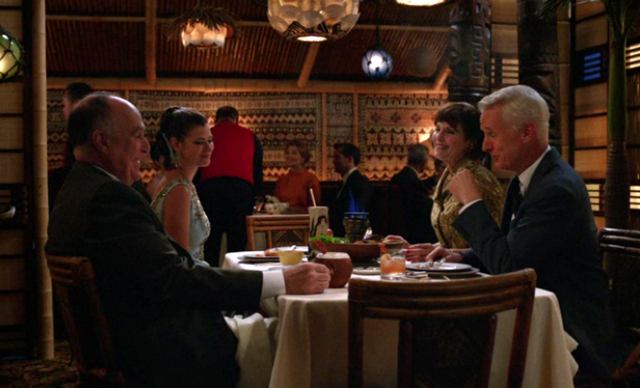 MANISCHEWITZ & POLYNESIAN FOOD
Manischewitz is a new client for the firm, and Roger Sterling gets Michael Ginsberg to come up with a pitch for a dinner meeting. The dinner takes place at a restaurant where Chateaubriand and crab rangoon are both mentioned while deciding on orders. Crab rangoon was a popular menu item in Polynesian-style restaurants around that time, and dating back to 1956. Could they have been at Trader Vic's, which was at the Savoy Hilton until moving to the Plaza in 1965? 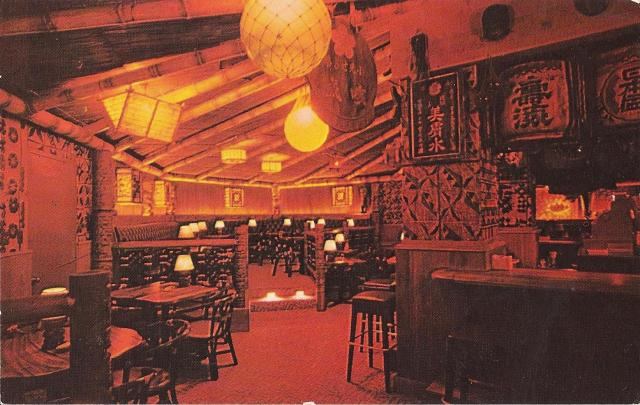 Trader Vic's at the Plaza

In the late '80s Donald Trump thought it became too tacky, and announced he'd be closing down the joint. As for the wine, the B. Manischewitz Company was founded by Rabbi Dov Behr Manischewitz in 1888, and by 1932 they built a second production site in Jersey City "to better serve the large Jewish community of the New York metropolitan area." By the time this episode takes place, in 1966, the first site in Ohio was shut down. 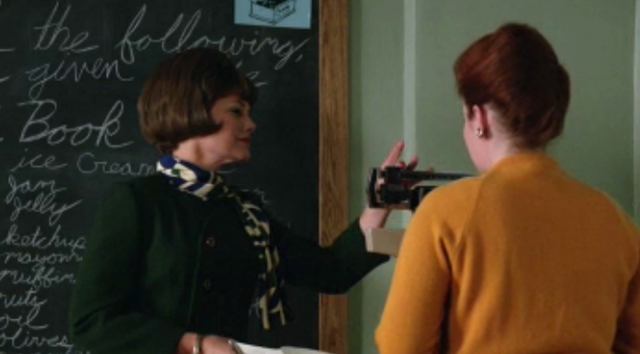 WEIGHT WATCHERS
Betty is trying to take control of her weight situation and has joined Weight Watchers, attending weekly meetings. The meetings actually all started in September of 1961, when "an overweight woman from Queens called a group of friends over to her house and confessed that eating cookies was her obsession. Her name was Jean Nidetch, and with that first admission she discovered that one of the most effective keys to weight control... Her discovery resulted in a seventy pound weight loss and one of the most successful weight-control organizations in the world." Less than two years after that meeting, in May 1963, Weight Watchers was incorporated and the first public meeting was held in a loft in Queens. 400 people showed up. From there, it grew and transformed, and interestingly enough, in 1978 the company was sold to the H.J. Heinz Company... a current client of Sterling Cooper Draper Pryce. 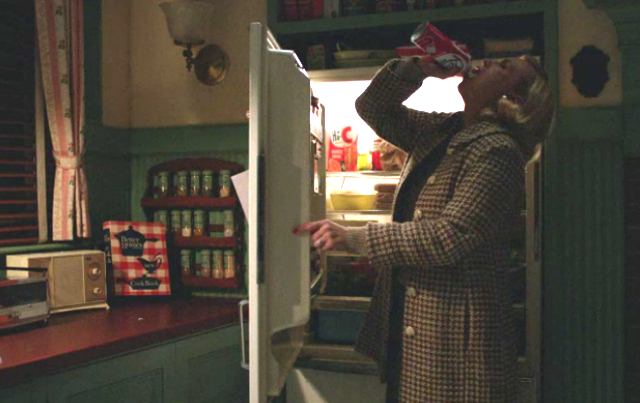 REDDI-WHIP
After a particularly stressful day, Betty is found hitting the whipped cream pretty hard in the darkness of her kitchen. She then spits it all out, fearing she'll have gained a half pound at her next Weight Watchers weigh-in. The can appears to be Reddi-wip, which was invented in 1948, got national distribution in 1954, and eventually the company was sold in 1963 to Norton Simon Inc. (Last week the show introduced Cool Whip as a new client of the firm's.)

SNO BALL
There's precious little information about Sno Ball (the drink, not the Hostess snack) which was featured in last night's episode. This old tin sign is just about all we could find, but it's the same design that Ginsberg had in his "Shit I Gotta Do" folder at the office. This was likely their "current" campaign that they wanted to shake up.

And of course, nothing say mid-century dining like a can of jellied cranberry sauce, seen sliding onto a plate here at the Draper house: 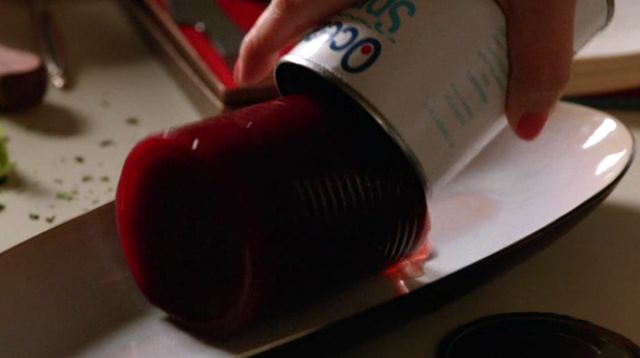