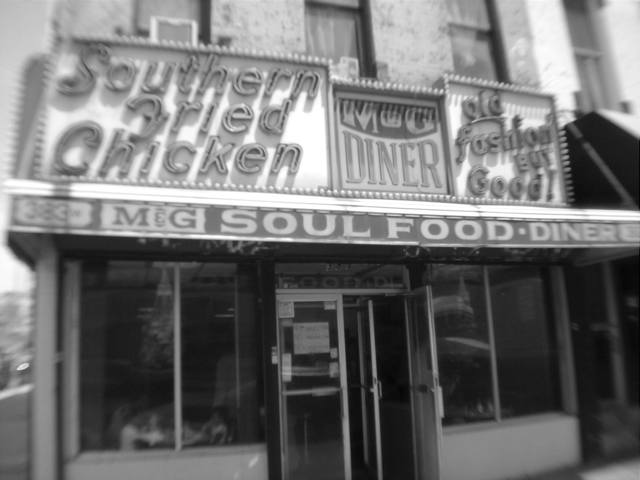 M&G Diner had been open for 40 years (occupying a couple of spaces during that time in Harlem). Charles’ Southern Style Kitchen had been open for more than 30. In the case of another soul food casualty, Louise’s Family Restaurant (open since 1964), a September inspection uncovered several food safety issues, including hot holding violations, evidence of roaches, and lack of shatterproof bulbs in food preparation areas. Louise’s was promptly closed by the Health Department. Eight days later when the restaurant was re-inspected, only 9 violation points were found to remain — that’s not nearly enough to close. Regardless, Louise’s is now shuttered, possibly for good.

In the case of Charles’, 28 of the 43 violation points came from the fact that the restaurant’s operators lacked a “current valid permit, registration or other authorization.” In the meantime, is the DoH doing enough to make their inspection system transparent enough to the public? A comment on the City Room story reads “Most of these places were shut down by the health department because they were unsanitary and a hazard to the public health.” But in the case of Charles’, a certification was missing.

While a restaurant being open for 30 years doesn’t automatically make its workers food safety gurus, a yellow sticker on a shuttered restaurant doesn’t necessarily mean it was hosting a vermin party either. An explanation of NYC Health Department scoring can be found here. [City Room via The Feedbag]