Food innovator and restaurant empire builder David Chang debuts his new fried chicken concept today at 11 a.m. inside the old Momofuku Ko space at 163 First Avenue. The chef dropped the news on Grub Street, revealing that for the opening, the diminutive space will offer just an $8 spicy chicken sandwich, french fries and a seasonal vegetable salad that he doesn't "anticipate anyone ever really ordering." Well when you put it that way, why would we?

Chicken thighs that have been marinated in habanero purée, coated in buttermilk, dredged in a spice blend, and deep-fried, then tucked inside a—what else—Martin’s potato roll with pickles and butter. Of course, this being Momofuku, the chicken is sustainably sourced from a network of small farms, the rolls are steamed (not unlike the bao that earlier models were served on as an occasional Noodle Bar special), and the butter is laced with fermented-chickpea flavor from Chang’s culinary lab.

"It's going to basically be a regular restaurant where you can get a fried chicken sandwich. Just that right now. And a healthy option," he said when announcing the concept in March. "You're either eating fat person food, or you want a healthy lunch."

The standing-room only spot will boast some kind of liquor license to kill the mouth burn from the sandwiches—a "non-negotiable" aspect of the concept. Look for additional fried chicken modifications in the future, keeping in mind the chef dropped the phrase "spicy chicken Animal-style" at one point. 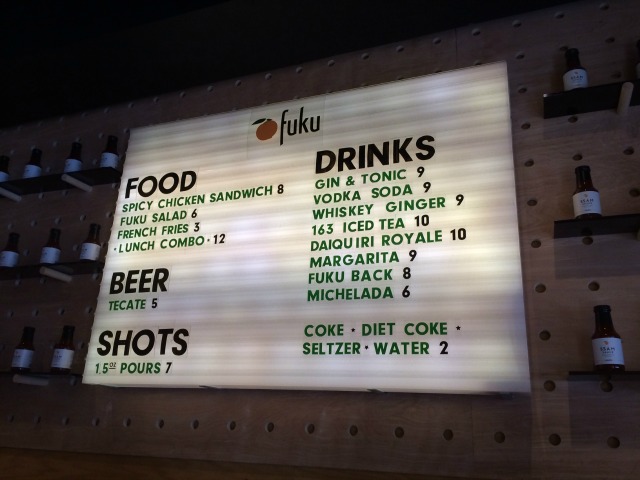 #david change
#fried chicken
#fuku
#new restaurant and bar radar
Do you know the scoop? Comment below or Send us a Tip