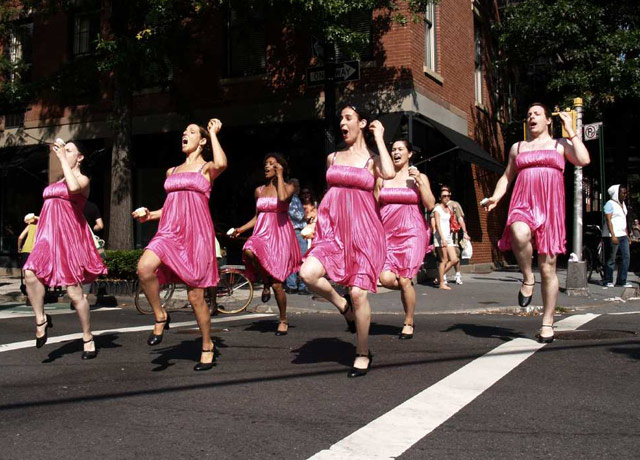 Reader Sacha sent us this photo of a cupcake-carrying "cadet corps" spotted on Sunday near Magnolia Bakery. The public display of cupcake affection is part of a site-specific dance performance called Unison Fetish, created by choreographer Sue Hogan as an exploration of the crazy lines outside Magnolia, and what they suggest about the changing neighborhood. According to our tipster, the piece involves several women and one man dancing along Bleecker Street "singing 'god bless magnolia' (to the tune of God bless America). The song also heralded the shopping in the area...ugh."

Curious whether this is as annoying as it sounds? There's some video after the jump!!!

#bleecker street
#cupcake
#dancers
#magnolia
#pink dresses
#song
#unison fetish
Do you know the scoop? Comment below or Send us a Tip