It's only been open a few months, but Alex Stupak's taco-driven Empellon Al Pastor has already positioned itself as one of the city's best new restaurants. It all comes down to the namesake taco, a spit-roasted masterpiece of sweet pineapple juices and tender pork rubbed with Oaxacan chilies and adobo seasonings. 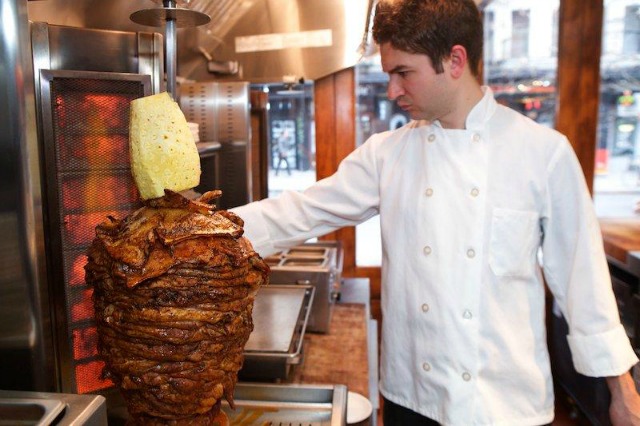 For just a tiny taco, there's a lot of work that goes into each element. Chef Stupak took a few hours to walk us through the time-intensive process, which includes making each tortilla from scratch and carefully layering thinly sliced pork onto the three-sided spit. Photographer Clay Williams was able to capture each step in the taco creation, as well as get Stupak's take on the classic taco.

Though many regions claim ownership of al pastor, for his part, Stupak thinks large Lebanese populations in some of Mexico's larger cities influenced the creation of this taco-making method. "Mexicans took the method of making shwarma and decided to use it on pork," Stupak explains. "It's brilliant, really." Stupak says his use of Oaxacan chili skews a bit from traditional seasonings, but since it's his favorite spice, he uses it whenever he can. 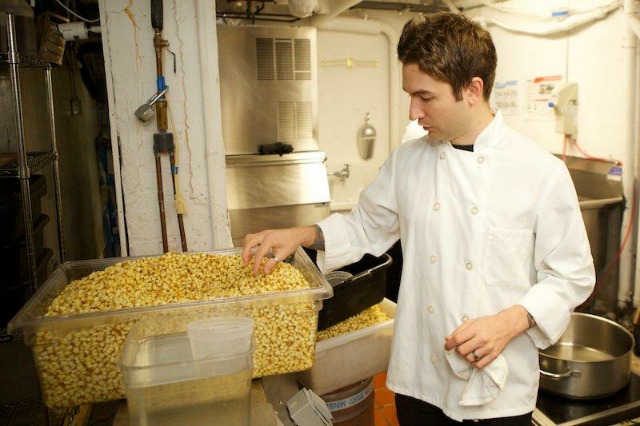 A taco can only be as good as its tortilla, which is why Stupak and his team tirelessly make each and every tortilla for the al pastor variety and the other tacos served at the restaurant. They employ a process known as nixtamalization, where the corn is cooked with calcified lime, allowing the masa to form into a dough and improving the flavor of the final product. The treated corn then goes through a custom kneading and baking machine, a more compact version of the ones used by large tortilla factories. If a part should break down, Stupak says he needs to call a mechanic; no ordinary repairman will do.

Click through for an inside look at how the tacos get made. Warning: you will need to eat one immediately.