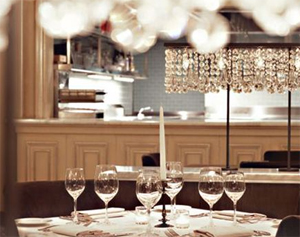 There was some surprise when Geoffrey Zakarian’s three star restaurant Country (pictured) was shut down by the Department of Health last Friday. But it turns out that fruit flies, mouse droppings and a fly in the Maker’s Mark were the least of its problems – the main infraction was the restaurant’s unapproved sous vide method, which Country utilizes to vacuum-seal raw meat in plastic for slow cooking at low temperatures.

The Times reports that Zakarian was forced to dump hundreds of pounds of meat before reopening last night, and the article takes an in-depth look at the controversy that’s arisen from the city’s attempt to regulate sous vide. Some chefs say they’re being required to cook at temperatures that are too high and ruin the flavor intensity. Dave Arnold, the director of culinary technology at the French Culinary Institute, says “The food code is based on what kills bacteria in very short order. Do you really have to cook it to that temperature? No. There are temperatures lower than the food code, where if you cook it long enough it will be safe.”

A Health Department rep explains that “the thing we don’t want to have happen is someone going to Best Buy and buying a vacuum-processing machine because they saw it on TV." So... that's why they shut down a top chef's three star restaurant.