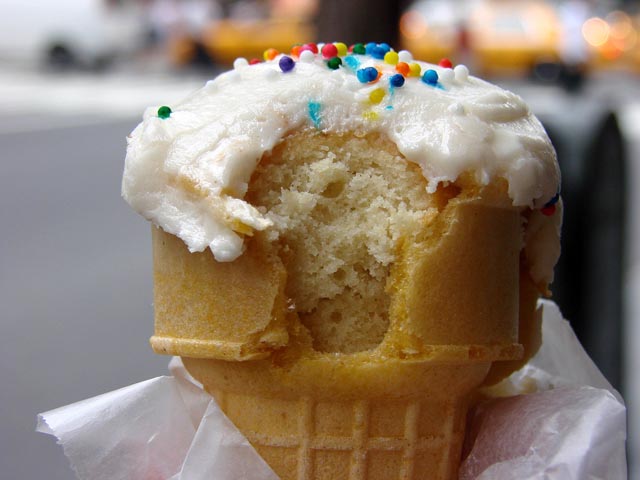 Cupcakes in ice cream cones? Has the whole world gone crazy? It does appear to be the case; blogger Blondie and Brownie spotted the innovation (or perversion, depending where you stand on dessert segregation) on sale at the Treats Truck at the end of last month. Of course, to a seasoned sweet connoisseur like Brownie, this is hardly revolutionary:

I haven't had a conecake since, um, my mom made them for me in third grade and I was like the coolest kid in the class for about a week. It was almost as awesome as the time I showed up back from vacay rocking the first slap bracelet anyone in my elementary school had ever seen. But I digress...back to the conecakes. I had to have them... The verdict. Mmm, good.

Has anyone else out there tried this confectionery freak of nature? And, more to the point, anyone want to bring us some? Like, now? [Via CityRag.]

#conecake
#dessert
#ice cream
#treats truck
Do you know the scoop? Comment below or Send us a Tip