The star event at this Saturday's Park Slope Summer Stroll will be the Artichoke Pizza Eating Contest, which'll take place amidst the giant chess sets, bouncy houses, mini golf and vintage car show that are hallmarks of the summer event. Nine competitors have been selected to down slices of Artichoke Basille's hearty slices of white pie—the rest of us just watch and wait for someone eat one slice too many. The section of 5th Avenue between Dean and Sterling will be closed to traffic between 5 p.m. and 9 p.m.; find the pizza eaters between Bergen and St. Marks at 6:30 p.m.

Much of the soupy heat has passed us by but it's still hot enough for subway platform sweats. Cool off on Saturday evening with some chilly eats at the Yooeating Hot Summer Cold Noodles pop-up at Williamsburg's Reclamation Bar. Slurp up Naeng-myun, the chilled Korean buckwheat noodles in cold beef broth with Korean pear, pickles, and brisket you might have downed after some Korean BBQ. Speaking of BBQ, some LA Kalbi, barbecued marinated cross-cut beef short ribs, is also on the menu, which is on offer from 6 p.m. to 9 p.m. Cash only. 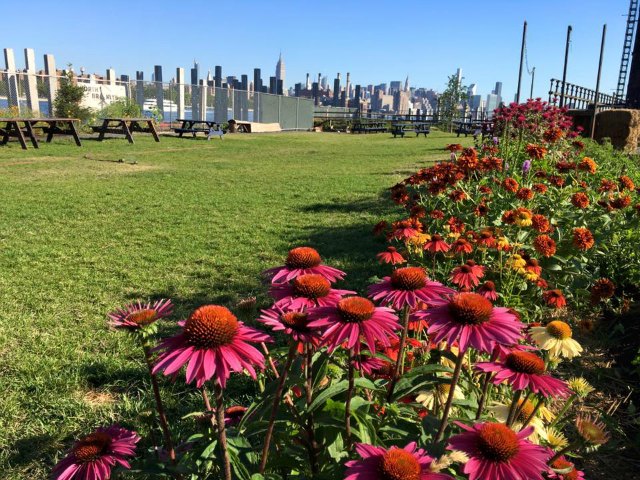 Too often a "beer garden" means a couple of picnic benches thrown in some concrete backyard, but on Saturday, an urban farm in Williamsburg is hosting a more realistic iteration. The Beergarden at North Brooklyn Farm brings together 14 New York-area breweries for a nighttime tasting event with unlimited pours from the likes of Grimm Ales, Other Half, Evil Twin, Threes, Finback, LIC Beer Project and others. Tickets ($65-95) include all the beer you'd like in their cheerful, waterfront garden with views across the East River. BBQ by Smoke Show will also be available for purchase.

Eating fistfuls of ghost pepper-leaden of kimchi in a three minute competition seems like a fast way to ruin your Saturday (and a slow way to ruin your Sunday), but if that notion appeals, head to East Williamsburg's Arrogant Swine for the sixth annual KimchiPalooza. Beginning at 2 p.m., the bar and BBQ joint hosts the kimchi eating contest plus a make your own kimchi option and lots of 'cue options, Carolina-style.