Chipotle's Queso Will Soon Be Available Wherever Their Burritos Are Sold

One of the hallmarks of a good Tex-Mex spot is its queso, the melted cheese dip that's the security blanket of the food world. In July, Chipotle caved to demands to produce their own molten cheese dip, debuting the dip at a test kitchen in NYC and parts of California. The pilot was successful—more on that later—and as of September 12th, every Chipotle nationwide will stock the chips and queso combo.

"Although queso was the number one requested menu item, we never added it to our menu before now because we wouldn't use the industrial additives used in most quesos," Chipotle founder, chairman and CEO Steve Ells said via press release. "Additives make typical queso very consistent and predictable, but are not at all in keeping with our food culture. Our queso may vary slightly depending on the characteristics of the aged cheddar cheese used in each batch, but using only real ingredients is what makes our food so delicious."

Indeed, the press materials include this handsome infographic that shows the ingredients that go into Chipotle's queso. Notably absent: the block of processed cheese that makes most quesos queso. 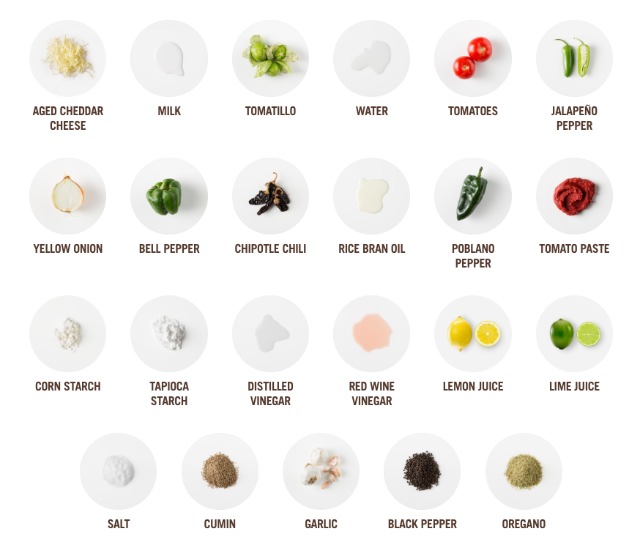 In fact, it's somewhat perplexing that the chain doubled down on the dip and will launch it nationwide, considering its original debut was met with not an insignificant amount of disappointment. Eater NY critic Robert Sietsema described it as "notably bland, with virtually no heat or discernible chile flavor despite that it’s flecked red and green...also a bit grainy."

Sietsema was not alone in his disappointment:

Taylor Swift's new song and Chipotle queso are competing for the role of most disappointing thing in my life right now.

Honestly the queso dip from chipotle was disappointing af ☹️

After a loooong wait for Chipotle queso, I'm like Que..So?? #NotGood #Pass

I tried the queso at chipotle and didn't like it 😕

Seriously, though, the chipotle queso was shockingly awful.

Just went to @ChipotleTweets and this new "queso" taste like flour!!! Chipotle we are disappointed!

Feel like today is a day where I should just say what I feel....the Queso at chipotle was not good. Okay, thanks for listening.

For those who remember when it was in NYC, Qdoba had by far the best chain-brand queso that could be found in the Northeast.

Attention; I’m a chipotle fan, but their queso sucks. It doesn’t come close to qudoba. That is a fact. Bye

But someone must have liked it. That, or the chain is still looking for something, anything, to distract from the cocaine scandals, wage theft lawsuits, insider trading allegations and, most notably, the E. coli outbreak that sickened people in multiple states.

#bad reviews
#chipotle
#queso
#twitter
#original
Do you know the scoop? Comment below or Send us a Tip