Chili & Szechuan Peppercorn Bagels Will Wake Up Your Palate This Week

For the month of September, all three locations (Nolita, East Village and Brookfield Place) of Black Seed Bagels will sell a collaboration bagel sandwich with Simone Tong, the owner of Little Tong Noodle Shop, the rice noodle restaurant that opened in the East Village in March. Black Seed will be baking up chili and Szechuan peppercorn bagels, which will be filled with "ghost chicken" salad and cucumber. The bagel sandwiches are $10.50 each.

There are at least two options for helping animals displaced by the devastating Hurricane Harvey on Tuesday. Sushi On Jones at the Bowery Market will be donating proceeds of its $58 omakase lunch and dinner experience to Citizens for Animal Protection; they'll also include delivery orders in the donation. In the West Village, Left Bank will donate 10% of the evening's proceeds to Best Friends Animal Society, and 75% of the proceeds from sales of the Furever Home cocktail made with vodka, grapefruit vodka, lime juice and muddled basil with a chili-salt rim. 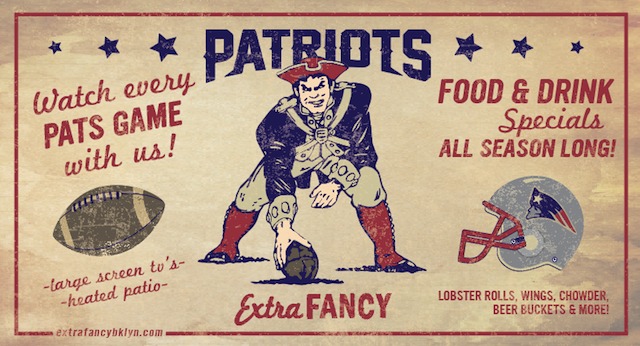 It's opening week for the NFL, with the big season debut going down on Thursday evening between the Patriots and the Chiefs. New England fans have a hub in Williamsburg's Extra Fancy, which is transforming its backyard space into a Pats-centric watching spot with big screen TVs and a tailgating-inspired menu including New England clam chowder, grilled hot wings, beer battered fish tacos and burgers. When the weather turns chillier, they'll enclose the backyard. They're also promising beer bucket specials and guest breweries throughout the season.