Cherimoya Spotting: The Fruit Mark Twain Once Called "The Most Delicious Fruit Known To Man"

Over the weekend we came upon this interesting looking fruit at Garden Of Eden, wondering if it was really worth the $9.99/lb (though it's $2 less online). We weighed the lightest one we could find, which was just barely under one pound, and decided against the purchase. Later, we discovered that once Mark Twain called the Cherimoya "the most delicious fruit known to man," and sort of regretted the decision. In more specific terms, this is how it's been described: "The velvety flesh of a Cherimoya is a delicious, custardy blend of banana, pineapple and strawberry notes."

The fruit can usually be found here between March and May, according to Serious Eats, so it's unclear why it's showing up in September. But if you find some, here are some tips on how to best enjoy them: 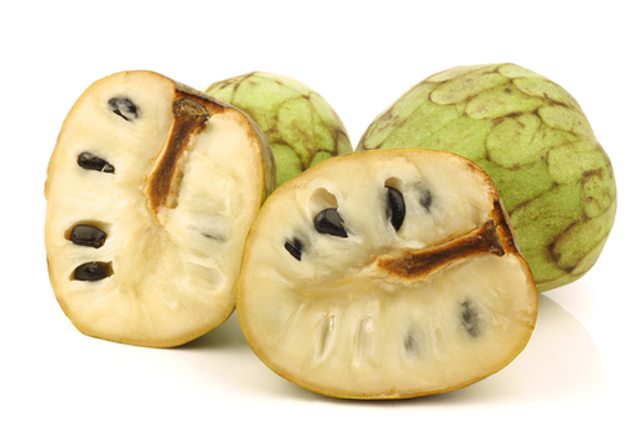 #cherimoya
#fruit
#original
Do you know the scoop? Comment below or Send us a Tip