If you pull up a chair at the sushi bar in Toshio Suzuki's restaurant Sushi Zen—and you definitely should—be aware that your days of slumming it with California rolls from the deli will soon become a thing of the past. While many chefs think of their culinary creations as art, Suzuki, who quite nearly became a monk in Japan, adheres to the age-old philosophy of "food as medicine" for the body and soul. And it certainly tastes better than Dimetapp; not for nothing did Citysearch's Feedbag deem Suzuki the best sushi chef in New York City. The pioneering master opened Sushi Zen in Manhattan back in the early '80s, just as the exotic new cuisine was about to become an unstoppable trend.

You're serving blowfish through the end of next month? Yes we are!

What's so special about blowfish? And why do you have to stop serving it at the end of February? The special thing about blowfish is that the fish is served only at select locations, and diners in Japan and America cannot eat blowfish at home. That's because blowfish contains a deadly poison, and requires severe qualifications to be able prepare live blowfish. It is a delicacy in Japan to eat blowfish due to those conditions. And the reason we must stop at the end of February is due to the season, for blowfish is from November to February.

So you really can die from blowfish, like Homer Simpson almost did that one time? Yes. If blowfish is not prepared correctly one will die slowly (almost like being tranquilized), starting with a numbing sensation of the tongue. Therefore a chef serving blowfish is required to have over five years of experience in Japanese cuisines, as well as pass a very severe exam. And all of the poisonous parts must be kept in a locked safe (for blowfish only) until the purveyor comes to dispose of the poison.

Actor Jeremy Piven recently claimed he was made severely ill from mercury poisoning, which his doctor blamed on eating sushi twice a day. Is that a concern for you? Yes, that is a big concern for us. Eating fish—especially sushi—should be one aspect in a healthy diet. Like all diets, one must eat a balanced meal. Mercury can be found in your hair, for example, and must be one of the entities in a nutritional diet. Eating too much of one thing can cause problems in any diet. In the example of actor Jeremy Piven, he said he eats sushi (probably mainly tuna) twice a day. That is too much. In Japan, sushi is considered to be a delicacy and not a common household food. On average a person would have sushi twice a month, or once a week at most. 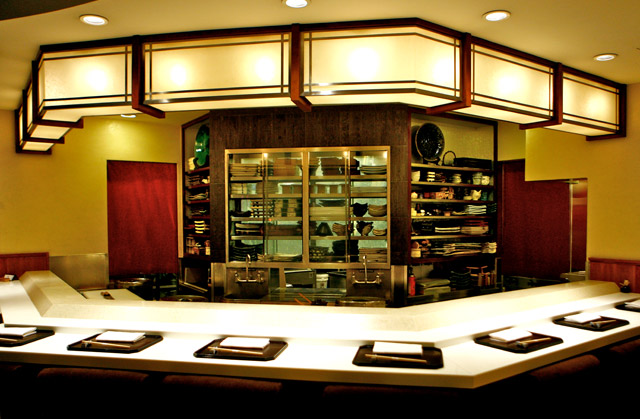 So you opened Sushi Zen in 1984. What was the sushi scene in NY like at the time? Many guests were hesitant to try or accept raw fish into their diet at that time.

So why come to America? After traveling around the world in trying to find myself, I decided to choose New York City because it is said to be the “land of opportunity.”

Now sushi is everywhere. How do you feel about that? I believe it is a positive thing that Americans are becoming more concerned with their diet, as well as the acceptance of Japanese cuisine. However, people need to pay close attention to the quality and preparation styles, as well as aware of the differences between fresh fish and Sushi-ready fish.

Your restaurant is called Sushi Zen; what role does Zen Buddhism play in your life? Buddhism is everything in my life; it was one of the main reasons why I decided to become a chef. I am particularly enlightened by the ways in which Monk [Eihei] Dougen has applied a series of disciplines called Tenzo-kyokun in creating a well balanced dish. Monk Dougen also states that all chefs must love and feel happiness towards preparing and producing the dishes, while keeping awareness of the others state of health and age, to produce a tailored made course.

Many use the term Zen to mean meditation, however the reason why I have chosen the name Sushi Zen is because the word Zen means "healthy" or "good for your body." Zen also means dish or plates. Therefore I wanted to express these aspects when serving our guests.

Do you practice meditation? Yes, everyday in the morning before I leave for work; sometimes I meditate for 2 hours. For me the reason to meditate is to clear my mind, as well as to become keen to intuition.

When did you know you wanted to be a chef and why? I originally wanted to become a Buddhist monk to find myself in the spirit of Zen. The reason why I chose to become a Japanese culinary chef is because chefs and monks share common roots in philosophy. And Monk Dougen told me I would never starve if I worked in a restaurant. 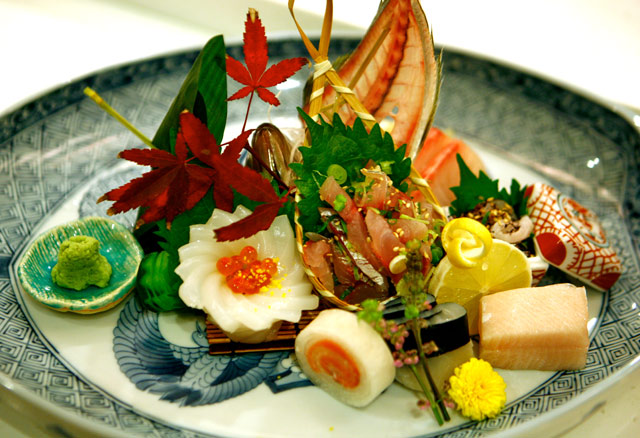 Ever had any injuries with the knives? If so, please describe the worst one? Being a chef, one is prone to injuries—especially with knives. The worst happened was when I was preparing a live fish; I believe it was a 15lb sea bream (Tai). As I applied pressure to the fish, the tail slapped across my hand. With the pressure still applied, the knife slipped and pierced through the joint on my index finger. I was unable to move the finger and I thought I was going to lose it. It took me a few weeks for it to heal.

Sushi's popularity has led to a shortage in bluefin tuna. Are you worried about the sustainability of sushi? Partially. Due to the booming awareness of a healthy diet, the demand for bluefin tuna has drastically increased over the past years, leading to a shortage and price increase in bluefin. However, recently there are many countries that have succeeded in farming tuna and sustaining the quality. If this continues, I would not be worried about the future of bluefin.

#best
#chef
#interview
#new york
#nyc
#restaurant
#sushi zen
#Toshio Suzuki
Do you know the scoop? Send us a Tip
A new Gothamist is coming! We’ve moved comments over to our beta site. Click here to join the conversation and get a preview of our new website.