Chef Fred Hua Wishes Everyone Would Chill With The Fusion Tacos

The supper club model has been steadily spreading through the dining industry as an alternative to the assorted hassles of brick and mortar restaurants. In Williamsburg, Chef Fred Hua began a casual supper club out of his former restaurant Nha Toi, which closed following a demolition accident in the building next door that took out a chunk of his wall. The South Side Supper Club sees Hua back in his own kitchen, turning out hybrid interpretations of Vietnamese cuisine to small crowds of adventurous foodies. But he's not back there alone; Hua has brought in up-and-coming line chefs to helm dinners of their own, including an upcoming dinner with OTB and Post Office Chef Samuel Pierson Glinn.

We chatted with Hua about the rarity of chefs helping other chefs, Brooklyn's twee food scene and why he hates Korean tacos.

Why did you choose to switch from running a full-time restaurant to this supper club model? So a couple months go by [after the demolition accident], and I realize I can't just hold off and lose money and everything I worked so hard for, so I started the supper club. It's also a trend that's around, just like the food trucks a couple years ago. I wanted to make mine extra-special. I've been cooking in NYC for 11 years now. I understand how it is to be on the line and help chefs and owners build their menu, while always wanting to do something of my own. I wanted to make my supper club into an outlet for those that are like that. A creative outlet. You're on the line all day, and this is your opportunity to showcase what you can do. So ideally, in a perfect situation, I would have a different chef every night.

What makes ours different is the rotating roster of chefs, and I'm the resident chef I guess. It also allows me to do things that I've always wanted to play around with, that weren't so traditional. With the restaurant, I had to make sure that there was an argument why it was Vietnamese. Even though I'm Vietnamese by heritage, I'm very much American, and I love to eat hot dogs and hamburgers and spaghetti and sushi, and I've cooked in those restaurants also, and I wanted to bring that in, and do it my way. But because of tradition and heritage and the business I ran, I had to always hold it back. This will allow me to go outside those traditional lines.

So how do you go about finding those, as you say, chefs on the line? How do you find these people to participate? I've cooked in NYC for 11 years, so being in the business you meet a lot of people on the line, people I used to work with, people that used to teach me. I'm trying to get one of the chefs who taught me to hold a knife who just started cooking in Brooklyn on board. And also, because Nha Toi was so casual, and so approachable—because it was more of a takeout place—I had a lot of restaurant owners and chef-owners and chefs and line cooks that ate there, so it was really because through Nha Toi that I met these people. And lately I've been noticing myself approaching people that I never knew before and letting them know about this project and giving them a chance if they're interested enough to host a night.

I just started realizing that a lot of these guys, they feel a little bit intimidated because they're so busy working that they think, well, how am I supposed to sell these tickets? So recently I've taken on the goal of helping to promote and market them. Chefs are feeling more comfortable that I have a few hundred people on the mailing list and I can send out an email blast and try to help them sell tickets. 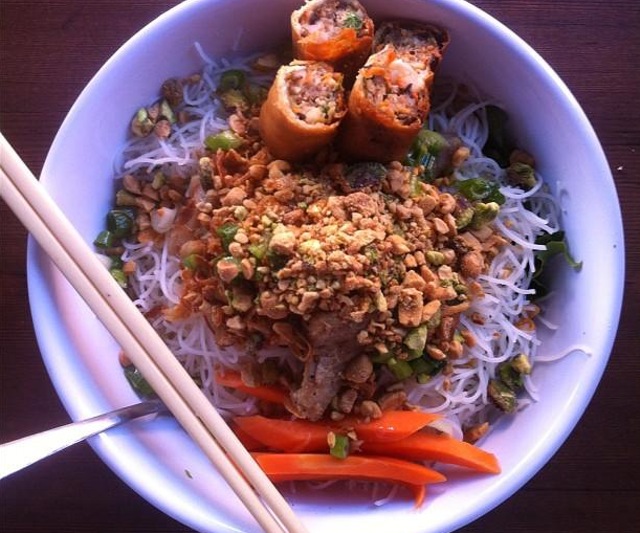 The food scene is so dense in Williamsburg and Western Brooklyn. Is it a collaborative environment? You, obviously, are trying to showcase these up and coming chefs but is that the norm in the restaurant industry in NYC, trying to help one another Not at all! It is, in the sense of, if you are on the payroll and you are under the same roof, then yes, because it's like a very much a team effort. I mean of course you know in a good kitchen—like a good baseball or basketball team—you have to work together if you really want to make it work. But if you go to ultra-corporate restaurant groups, people are setting you up to fail. That's when you know you're in the hierarchy, because everyone wants to touch the filet mignon or the kobe beef or the sushi, the fish.

But on every line there's the beginning and the end. I mean, you start off on the fryer and then you get promoted to the garde manger, which is a salad station, and if you put in enough time you start moving up on the line. I think, because I've always started from the ground up because I didn't go to culinary school and I had to learn all that terminology just peeling potatoes and being in the background, that I was smart enough to listen. Listen to everything, and just bust my ass. I always took pride in being the best mopper or I could peel 100 potatoes like it's nothing, or you know, doing the grunt work. Being in the background you can learn a lot.

What sort of plans do you have in terms of expansion or doing anything like that? What are your plans for the future of the supper club? My plans are to go further out, not just cooking but outside of just food, you know, culinary arts. The art of making food. I love to branch out into the art world because I feel like cooking is one of those art forms that are overlooked. When you're cooking you're using all 5 of your senses, so it's very much an art form. I'd love to collaborate with more artist collectives and do gallery shows. That's why I started (through the supper club) the Food Art Show and that's just everything that I love in one room: food, art, music, and I want to bring all that into one space.

And aside from the nights where we have the more traditional formal dining experience, I like to explore different ways of eating. You could be standing up, or maybe family style, or maybe even outdoor events. I'm actually talking to somebody about doing a Hawaiian themed party where we'd roast suckling pigs on sugar cane spits. The guy I'm talking to about it is in a band that plays Hawaiian music. Like a Tiki-themed kind of thing. So yeah, I'm open to anything that's food, art, or music-related.

Do you sometimes feel that Williamsburg's food scene has gotten a little bit too precious? I feel like everyone's coming to realize the importance of food and I think that's what it is. It's kind of like a born-again Christian, I guess. You come to realize things that were always in the background, and now that people are more aware of it you understand the importance of it. You should be aware of food, because it's what you put in your body and it has a direct effect on you and nobody else.

I think a lot of restaurants and a lot of people in Brooklyn are starting to realize that; having something that's local, what it is, where it's coming from, even having a complete meal. A lot of vegetarian restaurants, or even the vegetarian options, they don't keep in mind the fact of somebody who is a vegetarian. They're not cooking like a real vegetarian, asking the questions: Is this a complete meal? Do I have my proteins, my nutrients, my carbs? I think more people are being aware of that, and the importance of sustainable and local. 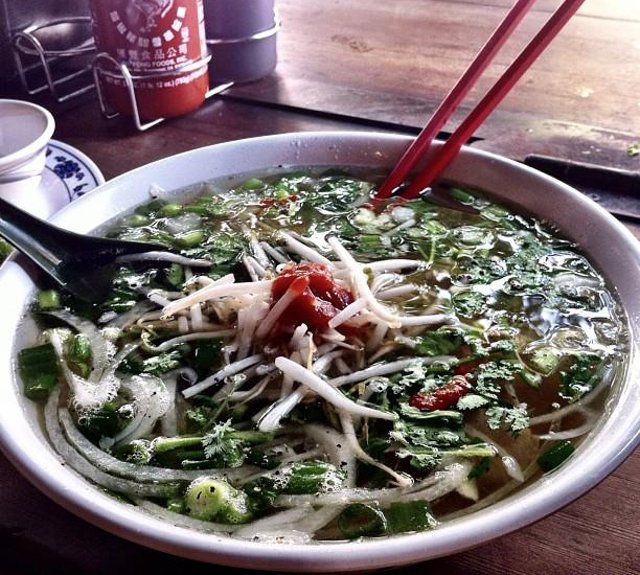 Are there any really noxious food or restaurant trends that have been pissing you off recently or that you think are annoying? [Laughs] Wow. Where do I start? There's a lot of these, I call them "concept restaurants," which is when it's an idea that comes from the mind instead of from the heart. It really comes down to: what's your style of dining and eating and cooking? My style is definitely more home-style. I want to make sure you have a complete meal, and you leave full, and you had a great experience and you were inspired with interesting combinations of flavors or maybe interesting ingredients, and also appreciating high-quality ingredients. The thing that really bugs me the most are these concept restaurants. I don't want to name names but it's like fusing two ideas into one and they theme the whole restaurant around that, and you see it all the time, and I think that's what really bugs me. Should I say the name? I probably shouldn't.

Unless you want to start some food wars. [Laughs] Yeah. Call them concept restaurants, we'll just leave it at that.

So you mean the kind of restaurant that would say, "We're only going to serve carrots, and that's it?" No! No! I love carrots! If there was a carrot restaurant, I'd be all for it! It's stuff like burger joints! There's nothing better than a backyard burger, but now you have these places doing $40 burgers. And I guess that's what I'm talking about when I'm talking about concept or French-Vietnamese. You look at the Japanese or the French and how they approach food and that is art to me. That is the most creative and artistic way. And I aspire to approach food in the way that those cultures do.

Somebody who has a ton of money could come in to one of my supper club nights, and go, "Wow, that Japanese-Vietnamese thing is kind of cool, I'm going to take that and open my own restaurant." I think that's what it is; this fear of somebody actually taking something that's one of the many sides of yourself as a chef or as a cook and taking that and turning it into something that invades something personal. I don't know.

I know every time I bring up Korean tacos the Mexicans roll their eyes, you know. I mean it tastes good. And that's the other thing, you have to think about the personal argument, but if it tastes good, it tastes good; and how are you going to argue against that? I don't know. Everyone's tradition is different. What tradition is is an open memory, and everyone has the memory of food in a different way.

#dinner clubs
#fred hua
#interview
#nha toi
#south side supper club
#supper clubs
Do you know the scoop? Comment below or Send us a Tip