It's been an interesting few years for the chopped cheese, the iconic bodega sandwich made by spots like Blue Sky Deli (aka Hajji's) in Spanish Harlem. Now the creator of the Hajji's sandwich will be emerging from behind the counter of his 1st Avenue kitchen, cooking up chopped cheese sandwiches at this year's Food Film Festival.

Chef Hamsa Naji will cook up the meat-and-cheese sandwiches in conjunction with the Hometown Heros section of the festival, during which the chopped cheese documentary will screen. The sandwich-centric evening, which includes three other short film screenings, takes place on the second night (October 20th) of the festival. 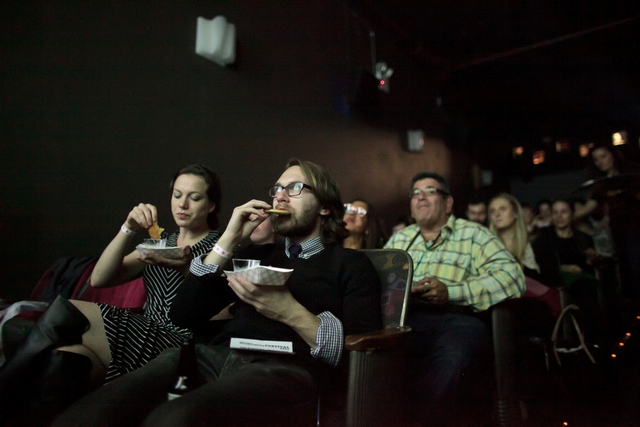 As it has in its previous iterations, the festival pairs food films with the actual food being shown on screen, so attendees are eating what they're watching. Other evenings include a doc about James Beard—a portrait of the prolific cookbook author and a chronicle of the American food movement—with dishes including his famed onion sandwich on October 19th; a screening of legendary ramen film Tampopo with a Japanese noodle feast (October 21st); and an afternoon of films dedicated to brunch, with meal-appropriate food to match.

All the screenings will take place between October 19th and 22nd at the AMC Empire 25 in Times Square. Tickets are available for individual events in addition to festival-wide passes.