Cesar Ramirez Out at Bar Blanc 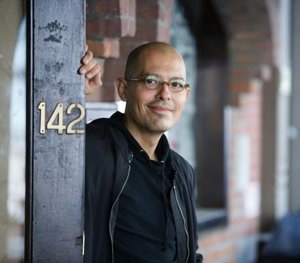 Eater is reporting that chef Cesar Ramirez is out at West Village restaurant Bar Blanc. Stepping up to the stove will be, like Ramirez, another veteran of David Bouley's restaurants, Sebastiaan Zijp. According to the restaurant’s PR, Bar Blanc’s “partners decided to go their own ways and [the parting is] quite amicable, believe it or not.” Eater cites an additional report in their inbox that “puts the parting at less than ‘amicable,’” and “that it was more of a firing.” Contacted by email about the future, Ramirez confirms the split and writes: “I have no plans yet, but I’m looking for something new, and to take my food in a different direction. My partners and I parted in a good way. I felt it was best for me to move on.”

Bar Blanc opened last December and received 2 stars from the Times in February. Ramirez, who is known as a something of an iconoclast who prefers a low profile and doesn’t even like to be called a chef, told us in May that he shuns anything that resembles a scene. “I'm here in the kitchen and that's really what I do,” he said. “I love what I'm doing and I choose my career, but I don't really hang out with chefs. Cooking takes up a lot of time.”

#bar blanc
#cesar ramirez
#chef
#restaurant
Do you know the scoop? Comment below or Send us a Tip