This Saturday, January 28, is the start of the Lunar New Year 4714. It's the Chinese Year of the Rooster, and celebrations getting into high gear (there are fireworks over the Hudson River tonight!) and you should start eating a lot of food.

Seriously—a big part of Lunar New Year celebrations is about bringing family and friends together, while you eat auspicious items—like fried dumplings, which look like old-fashioned Chinese ingots, or fish, because the Chinese word for fish "yu" sounds like "more fortune." 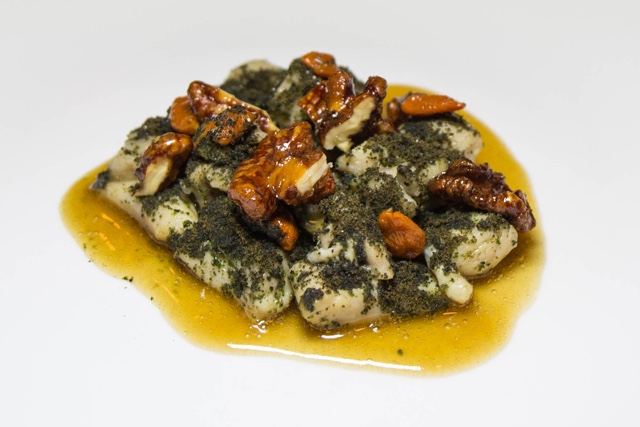 Tuome in the East Village (536 East 5th Street) has a "lucky" dim sum menu from January 27 through January 29. Dishes have symbolic meaning, like "Lamb Dumpling with Smoked Creme Fraiche" (for wealth), "Duck in Noodle Soup" (for longevity) and a " Langoustine Spring Roll with Herb Sauce" (wealth again, because spring rolls look like gold ingots, too). 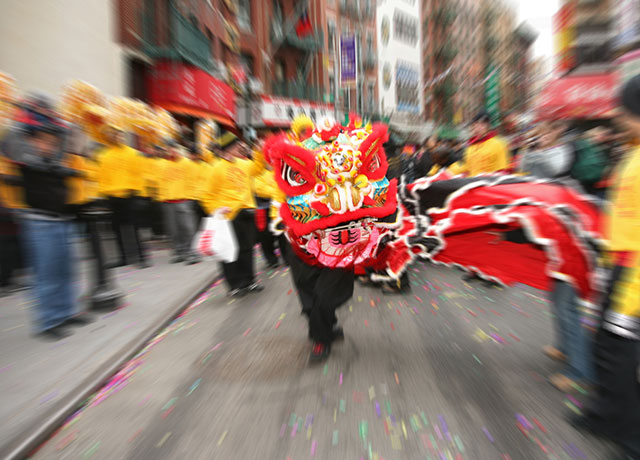 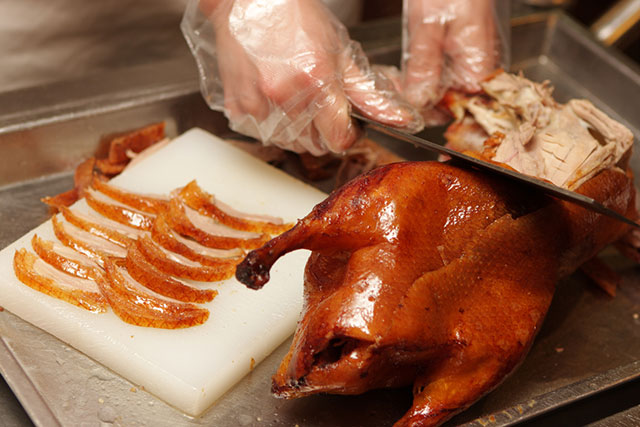 East Wind Snack Shop (471 16th Street, Windsor Terrace), which has delectable dumplings, will be holding a Lion Dance on Friday, February 3, at 6 p.m. Chef Chris Cheung adds there will also be "free treats and photo opps for the kids to take pics with the lions."

CHOP-SHOP (West Chelsea and Flatiron) is offering a Year of the Rooster prix-fixe dinner starting on January 27 through February 14; the $40 or $50/person menu for offers a choice of two small plates (like "Salt and Pepper Shrimp" or "Pork Belly Buns ") and a choice of two large plates ("Braised Beef Red Curry Fried Rice"; "Lobster Fried Rice"; "Poached Halibut, Ginger Scallion") as well as a side; fried donuts and gelato; and prosecco or a lychee spritz. 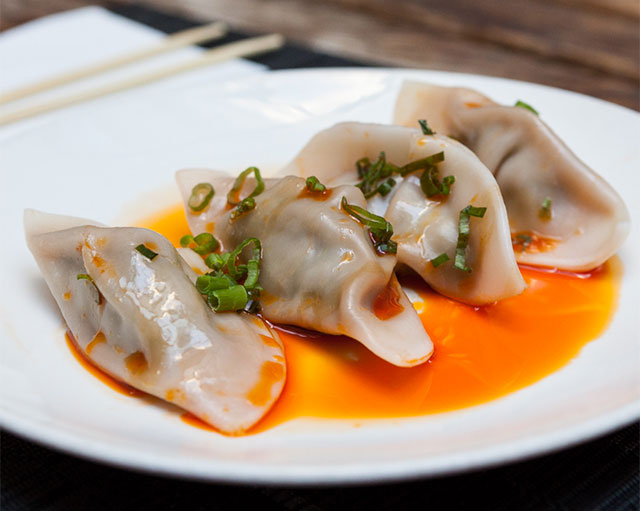 Flatiron's Atoboy (43 East 28th Street) will offer a Tteokguk shot as amuse bouche on January 28. The restaurant explains, "Tteokguk is a Korean rice cake soup, traditionally savored with family to celebrate the Lunar New Year. The whiteness of the rice cakes symbolizes the purity of the New Year ahead. The soup is enjoyed by all to commemorate getting another year older (and wiser)."

La Chine at the Waldorf Astoria Hotel (540 Lexington Avenue) is offering a dim sum brunch on January 29, with the option of duck, short ribs and a variety of soups. There will also be egg custard tart and a special themed cocktail—"Shanghai Ball" (Whisky Sour with Chinese Yellow Wine float).

There are some twists on Asian dishes at The Chinese Club in Brooklyn (208 Grand Street): Chef/owner Salil Mehta created "Fiery Chicken 65," mixing a popular South Indian dish with Nepalese-Chinese flavors—the boneless chicken is cooked in a spice mix of curry leaves, onion and chilli boh seasoning. There's also a variation on Soya Sauce Chicken, with garam masala added to the Singaporean dish.

Just for the Year of the Rooster, Buddakan (75 9th Avenue Meatpacking District) will offer its only brunch of the year on Sunday, January 29. Dim sum will be served with a red tea service. There will also be Luen Hing lion dancers, DJ Timka and, of course, special cocktails—plus "lucky" red envelopes which may some nice surprises.

And want to actually make dumplings, as well as eat them? The Museum of Chinese in America (215 Centre Street, Chinatown) has a Dumpling Making Workshop on February 4. Joanna C. Lee and Ken Smith, authors of the Pocket Chinese Almanac, will lead the class in the craft and nomming of dumplings and wonton and offer tips on making the year an auspicious one. Tickets are $45/adult; $35/senior and student; $25/member, and the fee includes an almanac.

As for events in the area, there's a firecracker ceremony in Chinatown on Saturday, January 28 in Sara Roosevelt Park starting at 11 a.m. (the firecracker kick-off is at 12:30 p.m.) and the big Lunar New Year Parade & Festival in Chinatown is on Sunday, February 5 (12 p.m. - 4:30 p.m., with parade kick-off at 1 p.m.). On Saturday, January 28, the Museum of the City of New York is having a lion dance for families at 11 a.m., and on Sunday, January 29, a number of groups are throwing the "Madison Street to Madison Avenue" celebration, which brings lion dances, musical performances, Chinese marionette shows and more uptown. The Lunar New Year Parade in Flushing is on Saturday, February 4 (11 a.m., starting at 39th Avenue and Union Street).

#chinese new year
#lunar new year
Do you know the scoop? Comment below or Send us a Tip