Celebrate Canada Day With A Beaver Tail, The "Canadian Churro"

Earlier today we learned about The Beaver Tail, because it's Canada Day and everyone is sending us their Canada pitches. Okay, we'll bite. What is this thing? The below diagram we found online was intriguing enough to ask questions. Is a Beaver Tail just a fried thing that you attach all of your leftover Halloween candy to via a Nutella adhesive? Do they even have Halloween in Canada? 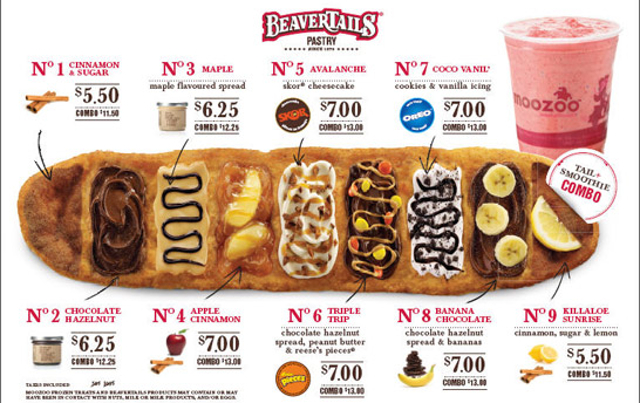 Whatever it is, Mile End Deli is selling the snack tonight at their Canada Day happy hour (5 to 7 p.m. at their Hoyt and Bond Street locations). This is what their much more simple and pure version looks like: 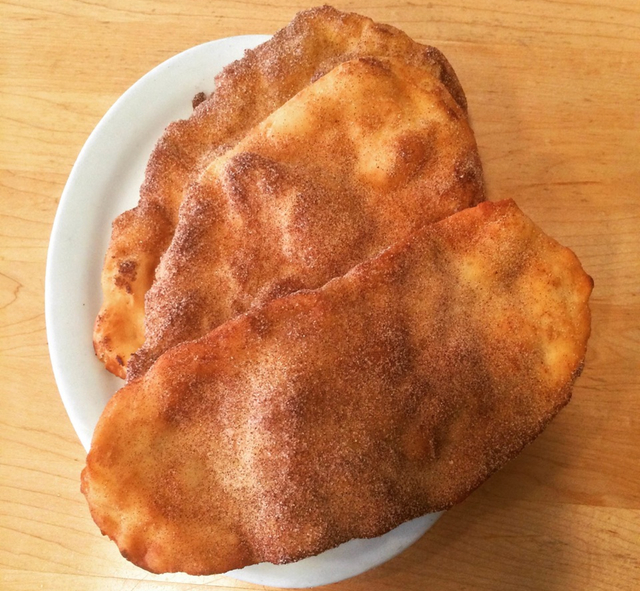 They're marketing them as "a popular Canadian fried dough snack" (which are Obama-approved). But TELL US MORE, Mile End—"So beavertails are a traditional Canadian snack—they're dough flattened into thin ovals, deep fried quickly, and then tossed in cinnamon and sugar. They're sweet—kind of like a Canadian churro or something."

An order at Mile End today costs $5, and they'll also have beer specials, along with plenty of poutine and smoked meat. There don't really seem to be any RULES when it comes to Beaver Tails, so we imagine you can put the poutine right on top one and make a Canadian Burrito.