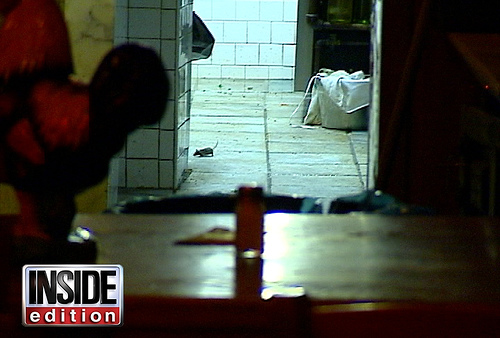 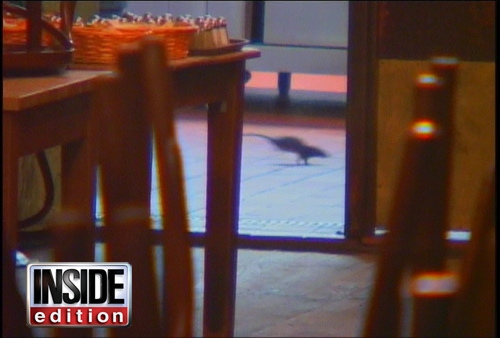 This week Inside Edition aired footage of rats in some of New York's more popular restaurants. The statement we received from the program states: "In middle to late August, Inside Edition’s 'Rat Patrol' took to the streets of Manhattan between 1am and 4am peering their cameras and flashlights into the windows of a wide variety of eateries from fast food places to fine dining establishments." In total they found 22 restaurants harboring the urban wildlife. To keep us guessing, they only sent out a partial list of 17:

On three separate nights cameras caught the critters feasting "on scraps that were left on the dirty kitchen floor and climbing over crates of glassware" at Da Silvano's (pictured top left). The owner there said the problem was caused by nearby construction and recent renovations and claimed he will be throwing out everything edible in the restaurant and starting fresh. Ah, not even the celeb hot spots can escape the wrath of roaches and rodents.

The cameras also spotted the rodents on two separate nights at Peter Luger's (pictured top right). One owner said the restaurant is spotless and blamed it on recent renovations, claiming that exterminators visit on a regular basis. However, the President of the steak house (Marilyn Spiera) told the Brooklyn Eagle that “It doesn’t look like our place. I don’t see the waiter stand [where the waiters congregate] outside the kitchen.” They're celebrating 120 years this year, we'd be more surprised if there wasn't a rodent problem during all that time. Just think about them having the voice of Patton Oswalt and it'll be fine.