Camera in the Kitchen: Sangam 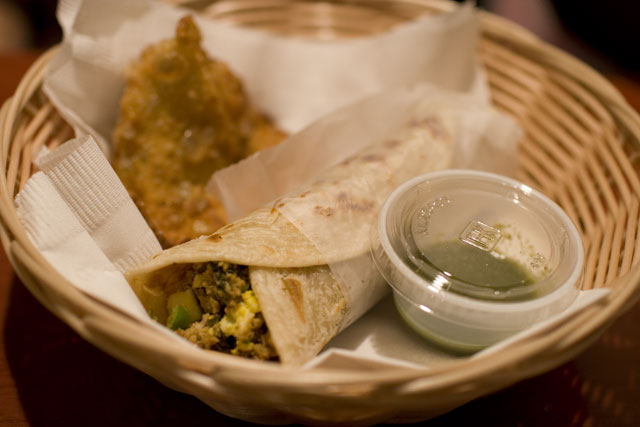 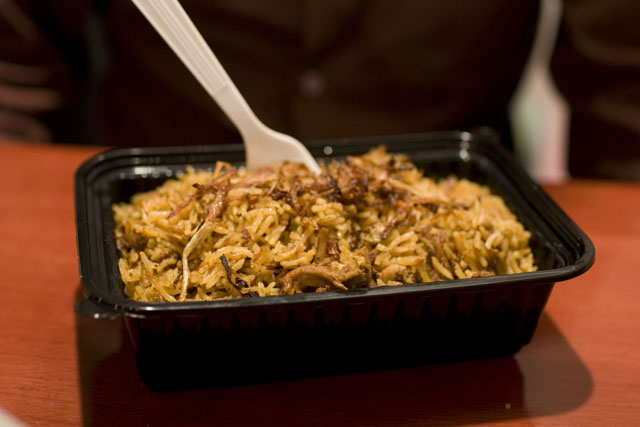 Biryani is classified as any number of spiced South Asian rice dishes, heavily spiced, and layered with meat—often chicken, lamb, or beef. The biryani at Sangam, a new hole in the wall spot on Bleecker Street just east of 6th Avenue, receives what owner Ishrat Ansari calls “an authentic royal haute cuisine preparation.” The description is definitely merited when it comes to his wife Rafat’s homegrown recipe, which is served all vegetable, with chicken, and—on special nights—with lamb. Her biryani is intricately flavored with freshly ground herbs and spices, bursting with heat and the taste of spices that have long simmered and melted into one another.

Sangam’s short menu, created and perfected by Mrs. Ansari, also includes kati rolls filled with spicy mashed potatoes, seasonal vegetables, chicken, and a touch of hard-boiled egg. Samosas ($2) arrive in a blistering shell that is surprisingly light for pastry-stuffed-with-potato, with spicy chutney on the side. Naan isn’t on the menu, but can also be ordered on the side for $1.

All dishes are served in either inexpensive baskets or plastic take-out containers (along with plastic utensils), a casual match for the interior’s unabashed lack of decor. Tables max out at four, and on the night we went all but two chairs were occupied by other Indians, happily feasting on full tables of biryani. The Indian rice pudding, firni, is available for dessert, but if you’re craving sweet, you can't beat the homemade chai for $1.50 a cup.

#bleecker street
#cheap
#indian
#restaurant
#review
#Sangam
#south asian
Do you know the scoop? Comment below or Send us a Tip