Camera in the Kitchen: Hill Country 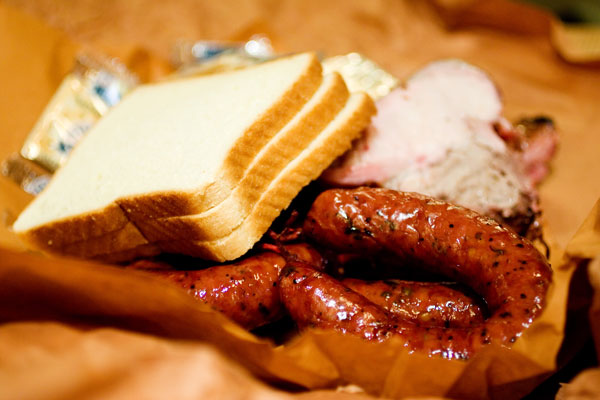 When we entered the new barbecue joint Hill Country on its opening day last Friday, we felt like we had immediately left NYC and stepped onto the set of a western. About obtaining meat. Lots and lots of meat. Gloriously juicy meat. 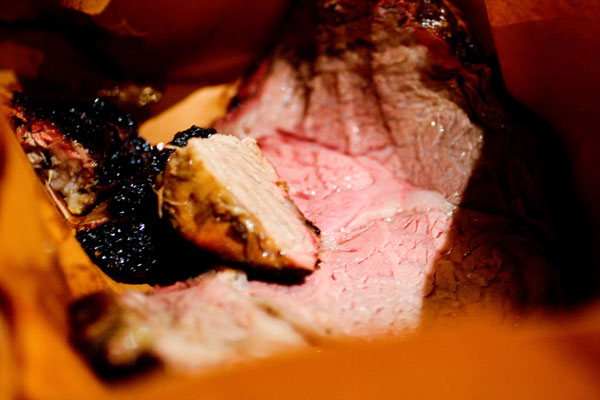 You order most of your meat by the pound, which is then presented to you on butcher paper. Beef (brisket, shoulder, ribs), pork (ribs, chops), sausages, and chicken, all of the above if you so desire (or happen to be eating with a large group of people who can polish off that much food). You also get sliced bread and crackers on the side, although we just went for the meat. 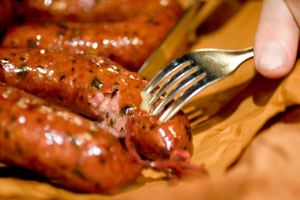 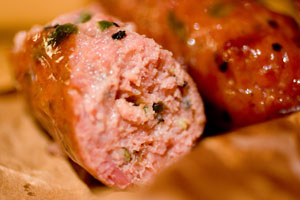 We were surprised by how much we liked the Kreuz Jalapeno cheese sausages considering how our stomach usually rejects sausages as something that is not entirely digestible. After our first bite of the mildly spicy, juicy, crisp-cased sausage we were tempted to finish off the whole link. 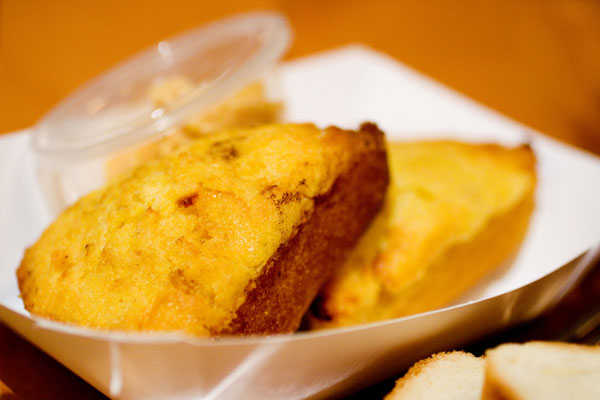 The cornbread was more cake-like than most other cornbreads we've had; it was light, fluffy and sweet, but not so sweet that it would be considered a dessert. If you do want a dessert, you have your choice of peanut butter and jelly cupcakes, banana pudding and pecan pie.

#barbecue
#chicken
#food
#hill country
#nyc
#people
#restaurants
Do you know the scoop? Comment below or Send us a Tip