Calorie Info Law Could Be Junked Over Dubious Study 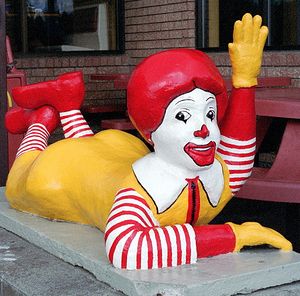 A law that would require city restaurants with more than 15 locations nationwide to prominently display calorie information was supposed to go into effect last week, but a lawsuit brought by the restaurant industry has it choked up in court. Restaurateurs say the rules would violate their First Amendment right to say whatever they want on their menus, while the city points to a Health Department study suggesting diners choose healthier food when forced to acknowledge that their Big Mac cheeseburger is loaded with 43.7 grams of fat.

But it’s that very study that could sink the new law. Lawyers for the industry are arguing that the deputy commissioner of the Health Department, Mary Bassett, tried to enlist colleagues who favor the law to conduct a peer review of the study, a process that is supposed to take place anonymously. Ultimately, Dr. Bassett’s colleagues declined to review the study, which primarily surveyed diners at Subway, the only fast-food eatery voluntarily displaying calorie info at the time.

Dr. Bassett was trying to get the study published before the anticipated lawsuit, but the Centers for Disease Control and Prevention’s journal refused it, calling the conclusions “problematic” because Subway attracts more dieting diners than other fast-food restaurants, yielding survey results that do not represent fast-food diners as a whole. Lawyers for the New York State Restaurant Association have obtained emails between the Health Department and the CDC that could prove problematic for the city because the case hinges on the study’s validity; a ruling is expected sometime this month.