Calorie Info Coming to a Theater Near You 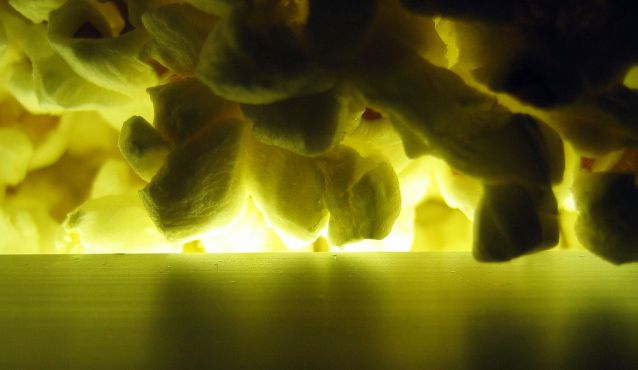 When we took note of the Health Department’s crackdown on chain restaurants that refuse to display their calorie information, some commenters wondered how movie theaters would be affected. Since the rule applies to any New York City food server with at least 15 locations nationwide, are chains like Regal Cinemas now required to confront moviegoers with the bad news about their concession products (which are, technically, food)?

The Life Vicarious did a little digging and found that the AMC Theatres Kips Bay was recently cited for Calorie Label Violations: “Caloric content not posted on menus, menu boards or food tags.” It’s no surprise the chain would want to shroud their popcorn in secrecy; according to Calorie King, an average large tub of movie theater popcorn – without any added butter – contains 1,283 calories and 78 grams of fat.

The Department of Health is holding off on issuing fines until July, but the calorie citation is the least of AMC’s worries. The Kips Bay location racked up 39 violation points for letting employees handle food with bare hands, which were probably soiled because the bathroom lacked “soap and an acceptable hand-drying device.” Also, mice are running wild, which seems to be fairly common at movie theaters. [Via Eater.]