In what will surely be the focal point of 2013's Digital Strategy Conclave SXSW Panel Seminar, Burger King's Twitter account is currently hacked. Burger King is now "McDonalds," sports avatars of the golden arches, and is tweeting stock photos of people shooting drugs into their veins. But don't worry—the crack team at BK HQ is surely on top of this: their press management team told us over the phone that we were reporter number B991680, and that they'd get back to us tomorrow, hopefully, or maybe the next day [UPDATE: see their statement below]. Nimble like a Triple Whopper!

Burger King has recently been DESTROYED by McDonald's in the realm of social media, a crucial thing that people hungry for flesh inside bread always consider before swiping their debit cards for a $7 purchase. Will BK bounce back, or will it become another NuggetGate? Would this have happened under P-Diddy's reign? COULD THIS ACTUALLY BE A GOOD THING?

They may be hacked, but when was the last time ANYBODY talked about @burgerking this much? 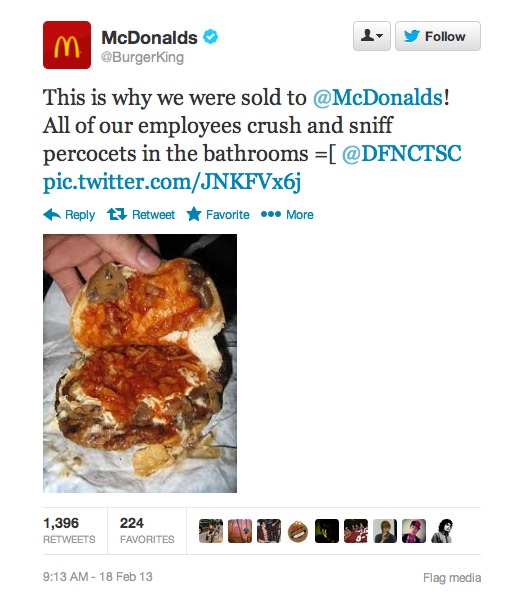 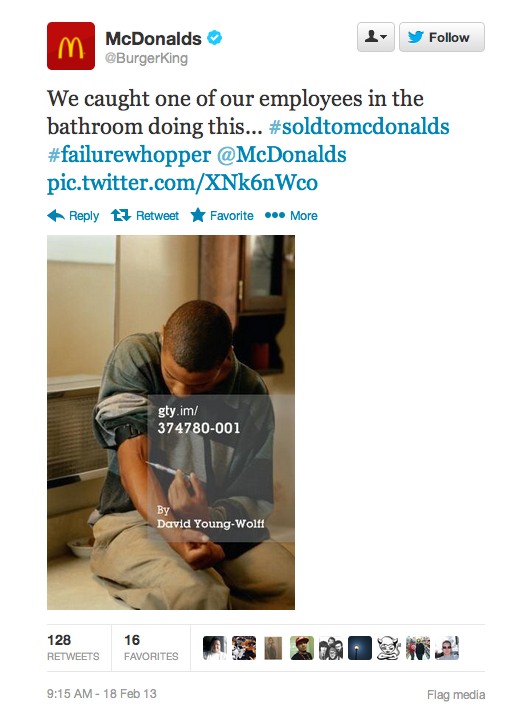 [UPDATE] Aaaaaaand the account has been suspended. The world awaits an explanation. 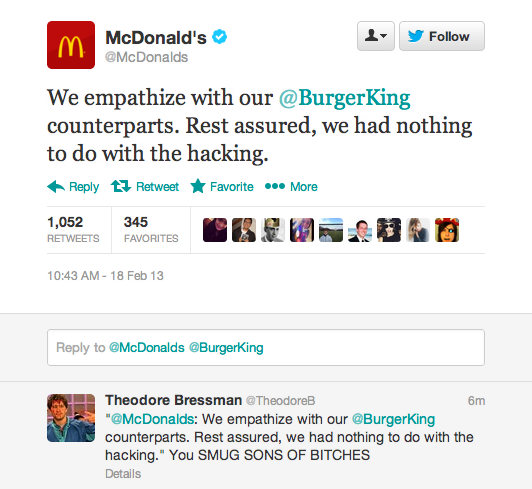 To spin this positively, at least Burger King got 30K new followers in around an hour.

It has come to our attention that the Twitter account of the BURGER KING® brand has been hacked. We have worked directly with administrators to suspend the account until we are able to re-establish our legitimate site and authentic postings. We apologize to our fans and followers who have been receiving erroneous tweets about other members of our industry and additional inappropriate topics.

#burger king
#fast food
#mcdonald's
#PR
#twitter
Do you know the scoop? Comment below or Send us a Tip