Williamsburg's forthcoming "Flemish brasserie" Witlof, from Radegast Hall owner Ivan Kohut, is facing some upheaval in its opening. A sign posted at the unopened restaurant indicated the Department of Buildings had cited the building on August 6th, issuing a partial stop work order for 292 Bedford Avenue, which houses both an apartment building and the forthcoming restaurant. 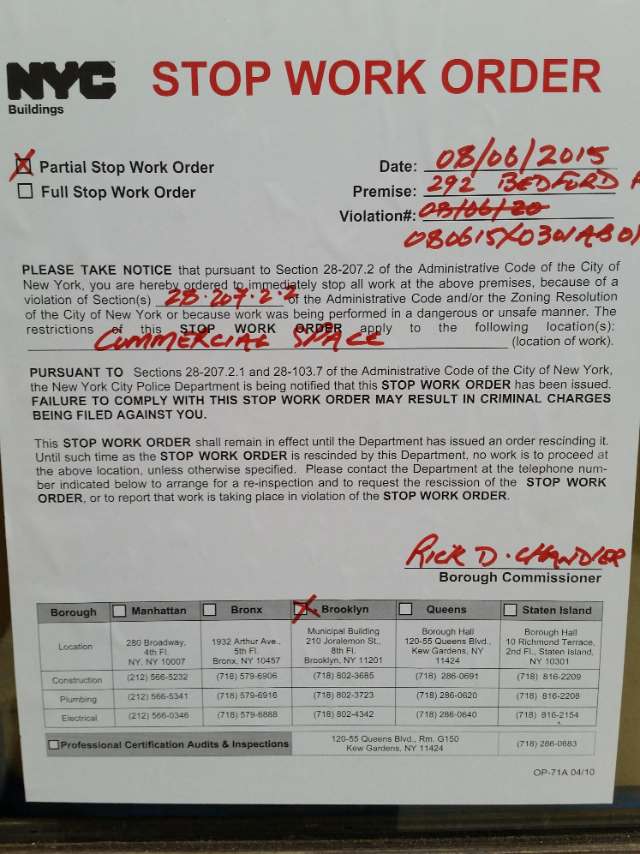 The most current stop work order pertains to a violation of law 28-207.2.2, a class one infraction that indicates the building "unlawfully continued work while on notice of a stop work order." According to the DOB, there are currently four stop work orders in place, some stemming from violations dating back to February regarding the installation of washers and dryers; others from last week that pertain to the boiler room from more recent inspections. "At this site, we're doing periodic followup inspections because it's become a problematic site," a DOB spokesperson told us. 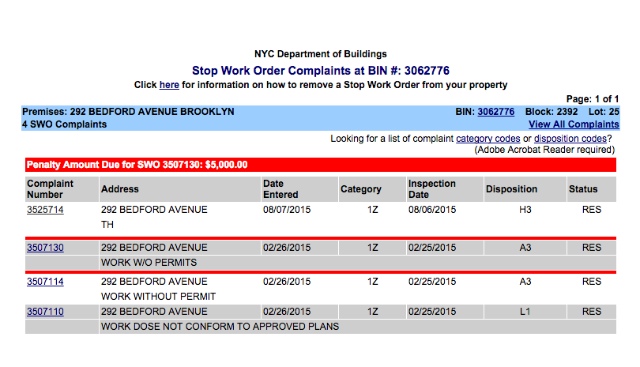 It's not immediately clear which of these violations (if any) were levied directly against the restaurant. Either way, "due to the fact that one of them is a full stop work order, no construction can take place on any of the active permits for the site until that SWO is resolved," the spokesperson continued. Guess we'll be waiting a bit longer for those Jenever-based cocktails and beer distillates.

The space looked nearly ready to go last week, with workers inside doing what appeared to be final detail work. As of at least yesterday, the windows had once again been papered over, so it's unclear what may be currently happening inside. Kohut did not immediately respond to a request for comment, but we'll update if we hear back.