Last Friday, DUMBO gastropub and popular wedding venue reBar suddenly closed, leaving employees without checks for the last three weeks of work and brides and grooms without receptions for which they'd already paid. Now it seems that the Brooklyn DA's office is going to take a look. 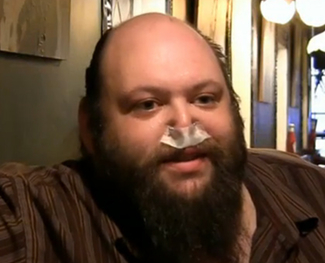 Where could all that money have possibly gone...

A spokesperson for the Brooklyn DA's office said they are looking at reBar's abrupt closure, which owner Jason Stevens claimed was due to bankruptcy in emails to staff. Stevens has apparently disappeared, and some ex-employees say that he made off with around $150,000 in wedding deposit checks and $27,000 in cash. Stevens had been audited by the IRS last year, and those former staffers suggest he owed $2.5-3 million in unpaid sales tax.

Weddings were booked into 2016; many couples tell us they paid up to $32,000 in cash and in full to Stevens. A law enforcement source tells The Post that "authorities are also looking into multiple recent financial complaints against the business."

The former reBar events director, Tyler Lindsay, has been working with other now-jobless colleagues to help couples plan their weddings. He told brides and grooms in an email on Sunday, "A number of you have asked if I have access to your contracts, whether it be digital or physical. Unfortunately, I do not. The digital contracts are only accessible via a share drive that was on the reBar premises. Physical copes were kept in the events office or Jason's office, and no one has keys to those offices anymore. Also, I'm still getting questions about the deposits you've all made and I'm so sorry to say that I have no info on how the money you've given Jason can be recovered. I'm so sorry, you guys. "

#bankruptcy
#brooklyn
#dumbo
#jason stevens
#rebar
Do you know the scoop? Comment below or Send us a Tip