In the above Thames TV broadcast, which aired in 1974, host Jim Lloyd visits a Manhattan McDonald's to figure out what all the hype is about. The UK didn't get its first McDonald's until later that year, but Manhattan was #blessed years before, in 1972, when the golden arches started shining bright on Broadway and 96th Street.

A rush of pleasure surges through my body as it makes contact with my tongue. The excitement begins to mount as it awakens each tastebud. The intensity is too much. My teeth bear down and tear it apart, letting the juices ooze slowly. Suddenly the ecstasy is complete as I swallow the first bite of a Big Mac.

Until recently, Manhattanites were safe from the lures of Ronald McDonald... but the golden arches [have now] appeared on Broadway, and in the first week, the McDonald's Townhouse (as opposed to drive-in) broke the McDonald's world record in sales—100,000 hamburgers and 8000 pounds of potatoes.

She goes on to describe a new group of addicts: The McDonald's Freak, and touched upon some neighborhood resistance to the chain opening in Greenwich Village. 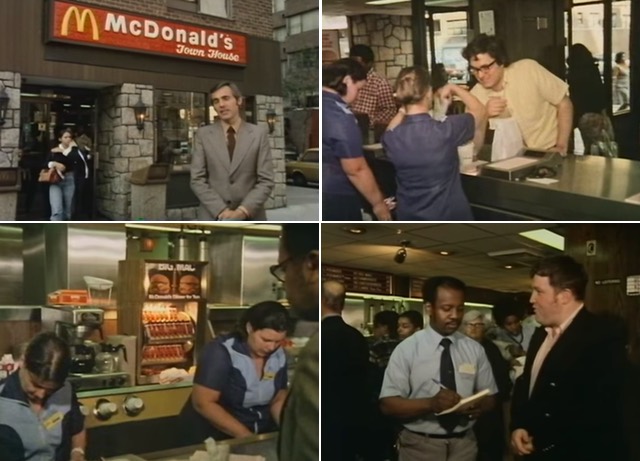 When the program aired, Big Macs (called a "9-layer gastronomic indulgence" by Lloyd) were selling for just 85 cents and were promised in under 60 seconds. Today they cost $3.99, take longer than a minute to get to you, and let's not even talk about the bathrooms.