No company is safe from the wave of "slack fill" lawsuits, not even the delicious, heart-healthy Junior Mint.

Earlier this week, a Manhattan woman filed a federal class action lawsuit against Tootsie Roll Industries, alleging that the company is deceptively packaging its 3.5 ounce box of Junior Mints, to the grave annoyance of minty-chocolate lovers everywhere.

"When consumers purchase a package of Defendants’ Product, they are getting less candy than they bargained for," the suit alleges. "They are effectively tricked into paying for air, because the Product boxes contain large amounts of non-functional slack-fill." 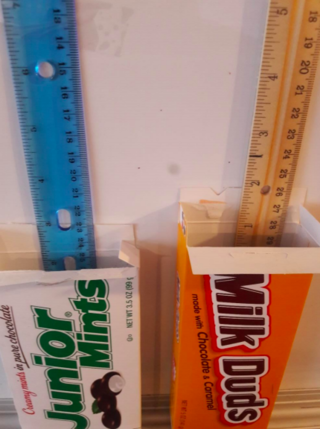 While some "slack-fill" may be necessary—to protect the product, or as the result of contents settling, for example—slack-fill deemed non-functional is considered a violation of the Federal Food Drug & Cosmetic Act.

As it happens, Lee Litigation has managed to turn American food frustrations into something of a cottage industry. New York Law Journal notes the firm has filed at least 14 slack fill class actions in recent years, including one accusing Pret A Manger of a sneaky sandwich wrap ripoff.

That suit claimed the company was using a cardboard casing to "portray the Greek Goddess Turkey Wrap package as having more contents that it actually does."

#junior mint
#law suit
#lee litigation
#pret a manger
#slack fill
#tootsie industries
Do you know the scoop? Comment below or Send us a Tip
A new Gothamist is coming! We’ve moved comments over to our beta site. Click here to join the conversation and get a preview of our new website.