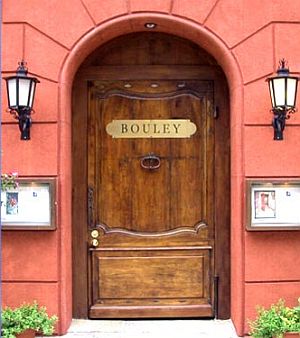 Restaurateur David Bouley has emerged victorious (for now) after what he described as a “witch hunt” by some Tribeca Community Board members trying to stymie his liquor license application for Brush Stroke, a planned three floor Japanese restaurant on West Broadway. The dissenting board members have fiercely opposed what would be the fourth Bouley establishment on their turf because limos double-park out front and sometimes his restaurant waste leaves stains on the sidewalk.

In an email to the board, Bouley took pains to assuage the concerns: “We have purchased portable signs requesting this does not happen and have also educated our team to assist in ensuring the roads are clear. We have purchased a pressure washer and will start a program to ensure our sidewalks are very clean.” Though the board will recommend the SLA approve the license, Eater hears that some disgruntled members are still determined to burn the witch. One anonymous opponent writes:

Nothing gets a vote like free high end food right? One of the board members frantically dialing for Bouley... is opening a new community center on April 10th with catering donated by none other than David Bouley! If the board votes allow the liquor license then Bouley will still have a huge fight on his hands at the 500 ft SLA hearing from local residents.

That 500 foot rule is one that’s been increasingly enforced to frustrate new bars and restaurants; the state law stipulates that no establishment can be granted a liquor license if there already exists three or more operations with liquor licenses within 500 feet, with one exception: if the liquor license would "serve the public interest."