Bloomberg Gets the Gray's Papaya Vote 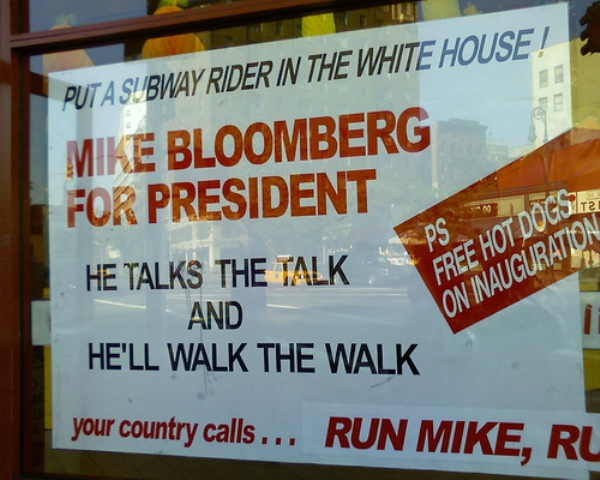 There's nothing like an endorsement from Gray's Papaya to show that NYC generally likes Mike. But it seems that to hinge upon his subway straphanger credentials - will the hot dog eatery reconsider, given that he is chauffeured to a subway station 22 blocks away (when there's one four blocks away), only likes to take the express and that his spokesman thinks people who like riding the subway need a shrink (hello, universal health care with great mental health benefits for NYers)?

Earlier this year, Mayor Bloomberg was found to be enjoying his best approval ratings ever and, yes, his aides are investigating a possible presidential run for the billionaire. Which makes his favorite pastime rejecting the 2008 rumors.

Last week, he told Good Morning America it's "just an accident" that his speeches seem to be in "big states" with a little swing. For instance, he was in St. Louis for the National Urban League's annual conference. While Bloomberg demurs he's just getting the message about issues important to NYC out to national audiences, there were some other notable speakers at the conference: Hillary Clinton, Barack Obama and John Edwards. Even the Reverend Al Sharpton, upon hearing that Bloomberg was speaking at the NUL event, said a Bloomberg candidacy would give "black voters an option... I'm not saying that I would endorse him, but I am saying that he would be a credible national independent candidate for African Americans." 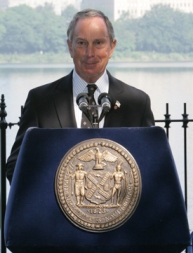 Credible national independent candidate is one thing; candidate who can actually win is another. And Bloomberg doesn't want to consider a presidential run unless success seems likely. The AP, though, brought up his pre-mayoral past as an allegedly cruel boss over the weekend. Back in 1997, former Bloomberg LP employee Sekiko Sakai Garrison claimed that Bloomberg sexually harassed her and other female workers.

Bloomberg asked the woman who sued if she was giving her boyfriend "good" oral sex.

When he found out the woman was pregnant, he told her "Kill it!" and said "Great! Number 16!" - an apparent reference to the number of women in the company who were pregnant or had maternity-related status.

The suit was settled by Bloomberg in 2000. If the accusations in the suit were true, he sounds a lot like Michael Scott.