Birdy's Is Your New Go-To Punk Bar In Bushwick

Tucked under the M train tracks in the rapidly-growing area that surrounds Bushwick's Myrtle/Broadway station is Birdy's, a new bar that harkens back to the no-frills punk dens of the past. Founded by co-owners Holly MacGibbon and Andy Simmons (who also perform music as the dreamy goth-rock duo Weeknight), the cavernous space is designed to help locals imbibe on a budget in a space that all but oozes rock and roll.

"I think we drew a lot of inspiration for our band from a lot of those great '70s punk and post-punk bands," Simmons said, citing a particular soft spot for "anybody who played at Max's Kansas City between 1975 and 1982." Birdy's concept is right in step, with vintage cigarette signs, clocks, and Kiss figurines populating its walls. Patrons are immediately greeted by a massive bull skull, and black velvet paintings of bulls and matadors line one of the walls. Odds are, Joe Strummer would feel right at home. "It was nice to unload our houses of a lot of this weird bullshit we've been collecting," Simmons said. 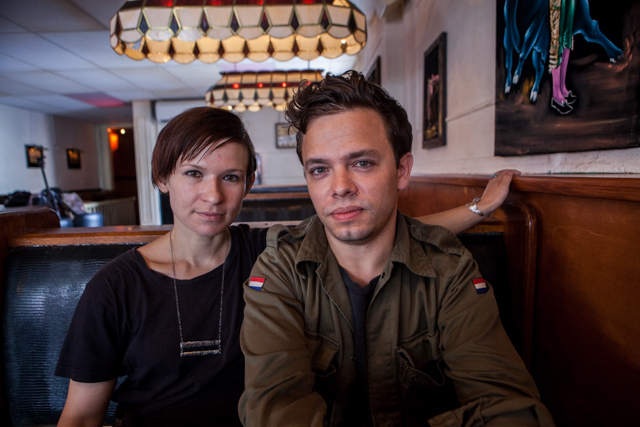 In terms of drinks, Birdy's is almost aggressively low-brow and features a list of seven-dollar cocktails pulled from a 1972 Mr. Boston bartender guide. MacGibbon and Simmons wanted to build a comfortable bar in which drinks arrive quickly and bartenders are free to shoot the shit with customers. "I've worked in a cocktail bar for the last seven years of my life and I think there's something too precious about it," Simmons said. On draft is a rotating cast of local beers from Bronx Brewery, Brooklyn Brewery and Sixpoint, as well as Pacifico and Bud Light, the last of which is only $2 during happy hour—a price point Simmons deliberately brings up, smirking.

It's a snapshot of Birdy's apparent MO: no-frills cool that fits the style (and budget) of a road-weary working band. The duo confess that many of the bars they've visited while touring served as aesthetic inspiration. If you're the kind of person who can rattle off their top five Thin Lizzy albums from memory, you're going to feel right at home. 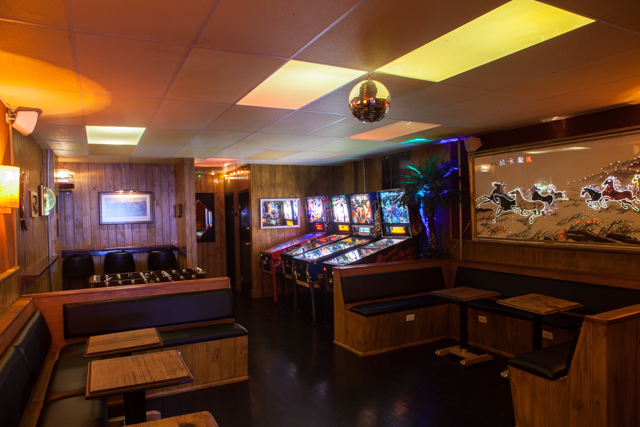 MacGibbon and Simmons (who first met as coworkers at the Jekyll and Hyde Club in 2000) are also using their own experience in the industry as a playbook for their new positions as managers. They've already hired working musicians behind the bar, and are prepared to accommodate strange side-gig schedules. "Most people who run bars that are decent humans understand that you're working a job so that you can do something else," MacGibbon said. "The flexibility of working in the service industry made our band possible."

"Honestly I just wanted to build the exact place where I wanted to hang out at," Simmons stressed. "Someplace with comfortable chairs that have backs on them and music that we love. And a bunch of pinball machines. We're going to try and learn from every good boss we've had, and definitely the bad ones, too."