Bonnie Slotnick Cookbooks, the beloved little cookbook store on West 10th Street, will be closing up shop in January. Slotnick told Vanishing NY, "I can't believe I'm turning into one of your sad stories, but I've just lost my lease. I have to be out by the end of January. I'm absolutely determined to find a place and move the shop (probably in the East Village, since nobody can afford the West Village anymore)." She has had the same storefront for 15 years.

She also released a statement, explaining, "my landlord has refused to renew the lease on my shop. My lease expires on January 31, 2015. I plan to stay open through Christmas and maybe longer, and then I will be open by appointment only while I pack ALL these books. I don't see any point in a petition to keep me here, because my landlord will not relent." 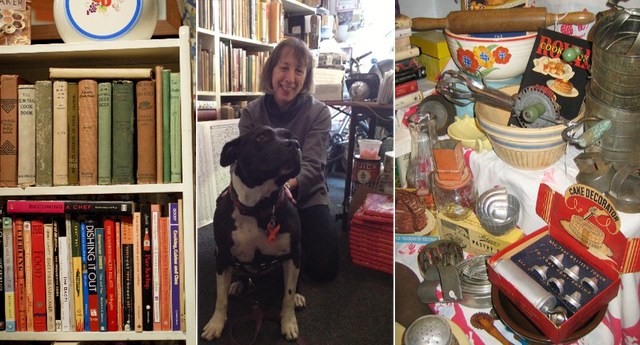 Slotnick was the subject of a New York Times profile earlier this year, and in 2006 NPR visited her shop, noting that it's a place where you can research 1950s casserole dishes, or even find information on 19th century delicacies. Slotnick told them, "I have nostalgia for times long before I was born, places I don't know, and opening a cookbook, just about anytime, anywhere, takes me away."

The New Yorker also made note of her "impressive collection of volumes about Manhattan restaurants," she told them, "I have books about Sardi’s and Patricia Murphy and Rector’s, and something called the ‘Greenwich Village Cookbook’ from 1969—of the seventy-five restaurants in the index, I counted around fifteen that are still in business."

#bonnie slotnick cookbooks
#closing
#Priced Out
Do you know the scoop? Comment below or Send us a Tip