After two years of construction, the Spanish restaurant La Nacional on West 14th Street will reopen on Friday, June 15th. The restaurant was beloved in New York, and many food writers and chefs were dismayed when it closed in 2016. It will now open as a brand new space, owned and operated by the Spanish Benevolent Society; the 150 year old organization is housed above the restaurant and owns the building.

Benevolent societies and ethnic clubs used to be much more common in New York, as places where immigrants could find a community and get job connections. The Spanish Benevolent Society still helps young Spanish immigrants find jobs in the restaurant industry, and it has a close connection to the Spanish consulate. Three months ago, a Spanish family was visiting New York when one of their children got hit by a car. They had to stay in New York while their child was in the hospital, but they ran out of money for hotels. The Spanish Consulate made a call to the Spanish Benevolent Society, and the family stayed there for a month, for free, as their child recuperated.

Robert Sanfiz, Executive Director at La Nacional, told me this story last week as he showed me around the space, which has been renovated since it closed. Many large Spanish companies donated to the revitalization of the restaurant, providing the tiles, stonework, kitchen equipment, and even the porcelain in the bathroom. The bar was paid for by two of Spain’s biggest beer companies, Estrella and Mahou.

The society has had its ups and downs, confronting a generational gap as the original members, who grew up under the Franco dictatorship, aged. Ten years ago, “anyone under the age of 40 wanted nothing to do with” the society, said Sanfiz, and it was very close to shuttering. “We had people off the streets sleeping in there,” he said. “The place was in terrible shape,” and the restaurant was the only part that kept people in the door, “because it was not run by the society.” 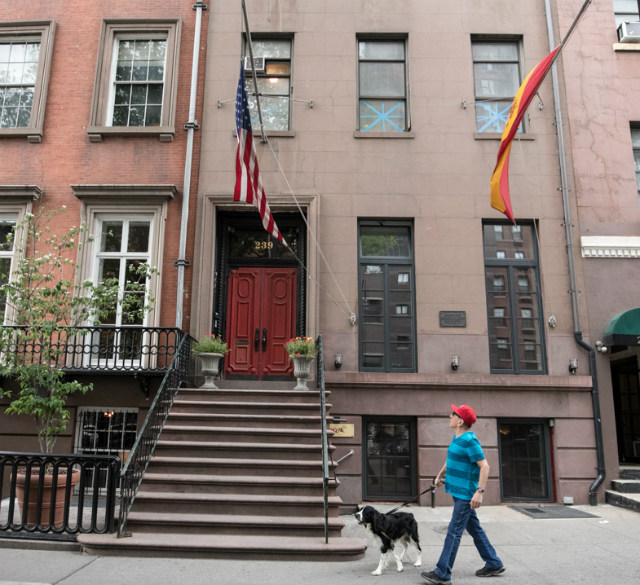 After the previous restaurateur's lease expired, the society took over the restaurant space and is now committed to bringing regional, modern Spanish food to New York. Right now, the four chefs at La Nacional all come from the Valencia region of Spain. They will stay on for a year, and then different chefs from a different region of Spain will take their place.

Salvador Boix and Garcia Sales are a husband and wife team who own Restaurant Cames on the coast of Valencia. Before coming to cook at La Nacional, they had never been to New York. Boix had never even left his hometown. They are adapting to the local produce and seafood in New York, and to the differing tastes of Americans. 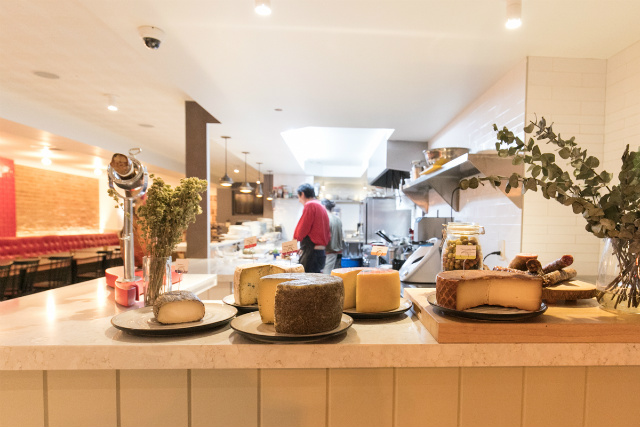 They buy their fish at the Fulton Fish Market at Hunts Point in the Bronx, and the shrimp and prawns come beheaded, to the surprise of Boix. “That’s what they want,” he said, but then he loses the opportunity to use the heads for stocks and broths. The variety of rice here is different as well. Sales brought out what she called a Valencian paella, but then tracked me down a few minutes later to correct herself. There is no singular Valencian paella, she said, because there is a wide variety of rice in Valencia. She takes rice very seriously, because every rice is different, and you cannot have a great paella without perfectly cooked rice. That’s the secret, she said.

Boix brought out a plate of fried calamari with aioli, encased in a black squid ink bun. The bun was brittle, almost like a pita, and he broke in apart with his spoon.

“How do you like it?” he asked, bringing over a plate grilled octopus laid over a potato creme, and a garlic chilled soup topped with fresh tomatoes. I said it looked delicious. “But how does it taste?” The photographer needed some time with the dishes and I said I would try it afterwards. He looked worried. “After? No! After, it's worthless.”

Boix was concerned the texture would change, and the calamari might get flabby. He touched the bread and shook his head. “It doesn’t have the...” and he slapped the back of his hand into his palm. He was right, it wasn’t as crunchy as it would have been when he served it, but it was still delicious. As I went to try it, he got in close. “Here’s how you eat it. The bread, the mayo,” and then he topped it with calamari and handed it to me, looking to make sure I got it all in one bite.

#food
#La Nacional
#spain
#Spanish Benevolent Society
#spanish food
#original
Do you know the scoop? Comment below or Send us a Tip