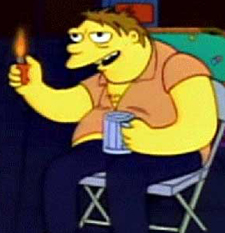 The organizers of the inaugural New York Craft Beer Week must have gotten started early, because their "week" of beer events actually adds up to ten days. No matter; the refined debauchery kicks off Friday with the third annual Brewfest at the South Street Seaport, stumbling all the way to a glassy-eyed climax on the 21st with the 2nd Annual Manhattan Cask Ale Festival at the Chelsea Brewing Company, which features 45 ‘firkins’ of cask-conditioned ale from noon to midnight! No, we don't know what a firkin is either, but it's what's inside that counts: cool, succulent ale that's "so good once it hits your lips," as the poet quipped.

In between, the festival promises a "week" of libation education, neighborhood bar crawls and beer dinners throughout Manhattan and Brooklyn. For free, they're distributing "Beer Passports" to anyone who wants one, and beer connoisseurs can have their passport stamped at each bar during the myriad bar crawls. The Astor Center will be hosting tastings with beer and chocolate pairings, not to mention beer and cheese pairings. Also intriguing is this Saturday's private tour of the Sixpoint Craft Ale brewery in Red Hook, followed by a four course dinner with beer pairings from the crew at The Good Fork, served at the unique Added Value Farm.

Not enough craft beer for you? Next month Counter restaurant in the East Village will host NYC's second annual Organic Beer Bash on October 25th. From noon to 4 p.m., a $30 ticket gets you appetizers and unlimited samples of over 30 organic beers and ciders from around the world, ranging from Wolaver's Wit beer spiced apple purse to a drink called a Grizzly Beer (organic whiskey, lemonade and brown ale). All proceeds go to benefit the Greenmarket and Food Systems Network NYC, so your hungover will be for a noble cause.