Earlier this summer, we found out that Bay Ridge fixture Pipin's Pub would be imminently demolished to make room for a new $10 million development. At the time, Pipin's co-owner Stephen Oliver told us that the pub—which would ultimately reopen inside the new mixed-used condo—would "have a shut down period, it could be for at least a year." Luckily, fans of the excellent burgers and wings turned out in Pipin's kitchen won't have to wait that long, as the pub will be "popping up" just six blocks north sometime in the near future.

In a Facebook post published on the pub's final day on Sunday, owners revealed that they would be bringing a version of Pipin's back to the neighborhood at 9023 Third Avenue, currently the home of gastropub Tie Dye Pig. "It's often been said that when a door closes, a window opens. And, while we're ecstatic to have been offered this very fortunate window, there is still a lot of work to do," the posting said. "As much as we'd love to be serving our famous Pipin's burgers at the new 'pop up' location on September 1st, it'll be a little while before we can make that happen." 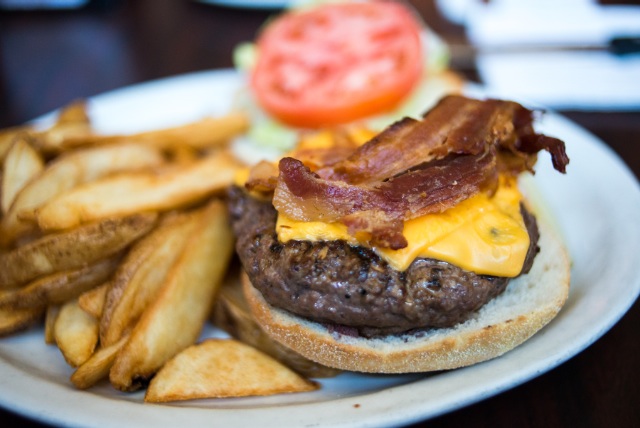 As for Pipin's old home at 97th Street, it doesn't appear that permits have been filed yet with the Department of Buildings, so it's unclear when the demolition and construction will begin. In July, Oliver said the development would also take over the space next door that used to house J.T.'s restaurant. Once finished, it will include 20 units, 15 two bedrooms and five one bedrooms. A home for Pipin's is also part of the plan. "We have every intention of Pipin's being reopened," Oliver said. "My father and my uncle built it in 1969. We want to stay on that corner."

#bay ridge
#condos
#developments
#pipin's pub
#tie dye pig
Do you know the scoop? Comment below or Send us a Tip