Pipin's Pub, a staple of Bay Ridge since it opened in 1969, will be eliminated to make way for a new condo being built on the site, with plans to reopen the bar in a brand new space once construction has been completed. Owner Stephen Oliver revealed the news to us this morning over the phone, explaining that the bar would be closed while construction on the building was completed. "We will have a shut down period, it could be for at least a year," he said. "It's a major, major project." Though the timeline has yet to be set in stone, the bar will likely close in the next two or three months.

According to Oliver, initial plans for the condo would have kept Pipin's darling brick space intact while the units were built around them. "Originally, not building over Pipin's, we were probably going to have to close for a month or two and maybe just open for dinner and not lunch because of the amount of work that was being done." But once the orthopedic office down the block sold their air rights, Oliver and his partners were faced with a choice: abandon negotiations nearly two years in the making or become part of the new development. They chose the latter.

"It's disheartening people thinking this is something we wanted to do, but we had no choice," Oliver told us. "With almost two years of taxes and insurances, you'd fall down if I told you the sum of money that has been lost." Despite the builder "desperately" wanting the whole corner, Oliver insists the bar isn't going anywhere. "We have every intention of Pipin's being reopened. My father and my uncle built it in 1969. We want to stay on that corner," he said. "He offered a good sum of money for us to leave that corner but my family agreed that we should stay there." 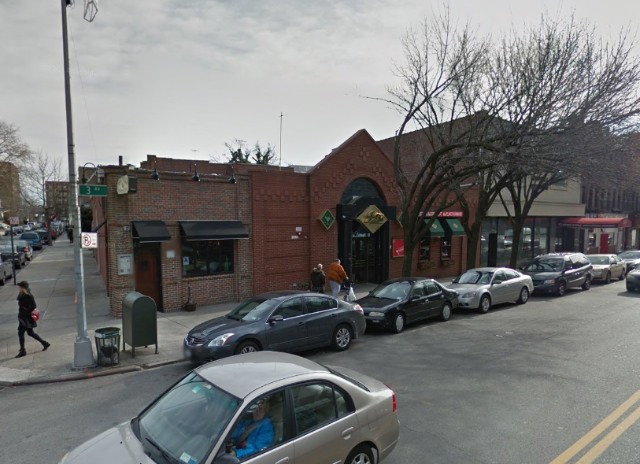 The development, which Oliver says is an over-$10 million project, will also engulf the space next door that used to house J.T.'s restaurant. Once finished, it will include 20 units, 15 two bedrooms and five one bedrooms. Oliver declined to reveal the developer, as they're still going through all of the finer points, but indicated he was a local guy with a house in Bay Ridge who has also developed properties elsewhere in Brooklyn and in Manhattan.

While the closure of the bar for such a long period of time will be difficult for both the neighborhood and Oliver, he's optimistic about Pipin's future. The new space will be larger than the original by 400-square-feet and will address issues with the previous building like a faulty roof and problems with the air conditioning system. "There will be some positives with the negatives," he said. "I still have staff working there that I hired when they were 13, 14-years-old. There's a lot of history there that we're trying to keep."

#bay ridge
#condos
#developments
#pipin's pub
#original
Do you know the scoop? Comment below or Send us a Tip