Ask A Native New Yorker: Should I Toast This Bagel?

This week's question comes from a New Yorker who is sick of being shamed for toasting her bagels.

My husband and I have often argued about whether one should toast a fresh bagel with lox and cream cheese or not. I take the position that toasted bagels are delicious (as does a friend who is a native Brooklynite), while he maintains that one should only toast a bad or day-old bagel. What is your expert opinion?

Listen, my great-great-grandparents didn't spend a month on a typhus-ridden cargo ship from the old country fleeing from a pogrom so that a hundred years later someone could tell me how to eat a goddamn bagel. They sacrificed so that today, I might live with the awesome power to toast or not toast, without any tsar or kaiser telling me how to live. 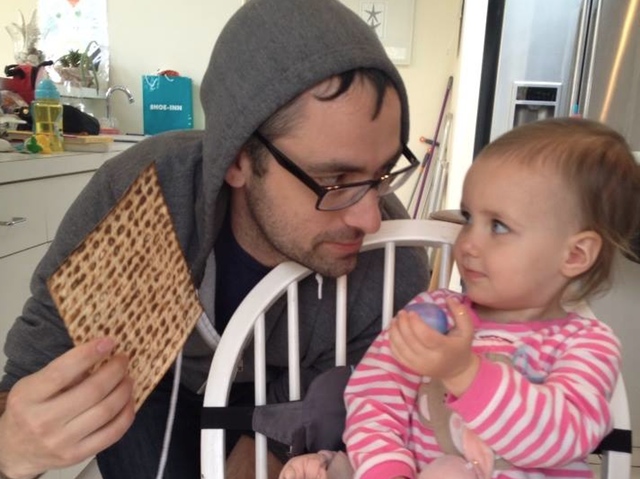 I don't take this freedom lightly. I've meditated for years on the question. I've eaten thousands of bagels the wrong way and gained wisdom from bitter experience. I will share this knowledge with you now‚ but the truth is I doubt anyone who hasn't trod the same long, native road will truly understand.

When applying this rule, err on the side of paranoia. Some unscrupulous bagel stores use all sorts of chicanery, like heat lamps and fake ovens, to disguise their reliance on mass-produced bagels most likely made in Jersey sometime last week and carted in under cover of darkness. Unless you see a guy working the boiler and ovens, assume it's a Potemkin bagel front for the Lender's cartel.

Even if they're not fronting for a factory, ever since Daniel Thompson broke the bagel union back in 1963, you've got to watch out for the machines. This is why I don't buy bagels from stores with multiple outlets—who knows what infernal appliances they have running in the basement. A bagel is supposed to be the product of human hands, and human hands alone.

[Whether you think Daniel Thompson is burning in hell right now really comes down to two issues: your personal belief in a merciful God, and whether you think a bad bagel is worse than no bagel at all. The first is unknowable, but the second is obvious: a bad bagel meaningfully immiserates a person's life, and you can almost always get a muffin or something somewhere if you're really starving.]

Even if they're rolling their own product, you must still be on guard. A lot of places are going to tell you that the bagel is fresh out of the oven, because they don't want their throughput reduced by the sixty seconds it would take to toast one for you. That might even be true for some of the mainstream bagel types—your plains, seasames, or poppy—but if you think that whole wheat oatmeal monstrosity hasn't been sitting there for six hours, you're out of your mind.

So basically unless you're personally watching your bagel cooked from scratch, and receive it fresh from the oven, you should err on the side of toasting. This is a wondrous process which both improves the flavor of the bagel and makes it firmer for the application of toppings. The downside is that it destroys some of the subtle grace notes of a truly fresh bagel, and some people find the hardness to be inconsonant with the delicate consistency of good lox, whitefish, or sable.

Recently one of my millennial colleagues, who clearly hasn't spent much time reflecting deeply on this issue, wrote a very self-righteous post about how fresh bagels should never be toasted. But clearly, due to her youth and inexperience, she didn't consider how many bagel places, in their relentless pursuit of profit, stretch the definition of "fresh" far beyond anything that could be considered truthful. We elders know the terrible truth.

On most topics in life, you should avoid certainty. The human ego is monstrous, and we must constantly beware its ability to convince us that our truth is the only truth, and that anyone who disagrees with us is an idiot, deluded, or worse. Over time this tendency can make people defensive and unkind. Through mindful effort we can constantly open our hearts, drop our armor, and stop expending so much effort defending an illusion of a self that doesn't exist and never really existed.

But not about this. On this you get with the program or sentence yourself to a lifetime of subpar brunch.

N.B. Jen Carlson, who is not Jewish or from New York City, agrees with me.

#bagels
#original
Do you know the scoop? Comment below or Send us a Tip