Anthony Bourdain's resume is forever expanding. The CNN host, best-selling author, and soon-to-be head honcho of a massive Manhattan food market has recently taken to penning graphic novels, and his new book Get Jiro! Blood & Sushi was published earlier this week. Co-written with author Joel Rose, it's a stylish tale of Yakuza turf wars, family betrayal, and a young chef's commitment to his craft—all set against the backdrop of Tokyo's neon and shadows. 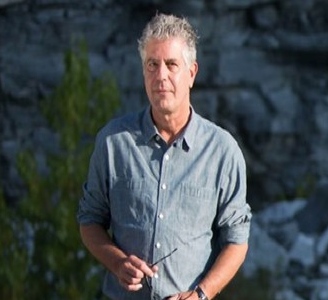 In Get Jiro!, Bourdain and Rose have crafted a kind of hedonist fever dream. Faces and fingers (and necks) get severed, enemies get drowned in boiling hot pots, and there's talk of some "squid-on-girl action." It's a quick and thrilling read, one in which the turn of a single page takes you from restaurant kitchens to brutal mob hits; bedside literature for fans of Kill Bill and John Woo's oeuvre. We spoke with both authors over sake and sushi about what fuels their work, finding inspiration in martial arts, and the mistakes we all make in Japanese restaurants

What about Tokyo, then, specifically make certain images, characters and plot points possible?

Bourdain: On my show we call a place like Tokyo a "shot-rich environment," meaning anywhere you point your camera, it's an awesome backdrop that will only intensify any character situation.

Bourdain: It totally knocks you right off base. Wherever you thought you stood before, you'll never be there again.

Rose: We didn't go there the way we did in the first book. The genre took over for this city. It lent itself in a different direction. We wanted to go to Piss Alley and we sort of did, but we didn't go with the verve that we did in the first book. It was a different impulse. We went there because we both love these movies and wanted to pay our respects.

Did you ever think then, that setting Get Jiro! in Tokyo would tempt you to push things too far?

Bourdain: No, I mean we're working in an established genre of violent Yakuza films, which already have a very high body count— an unrealistic bodycount. 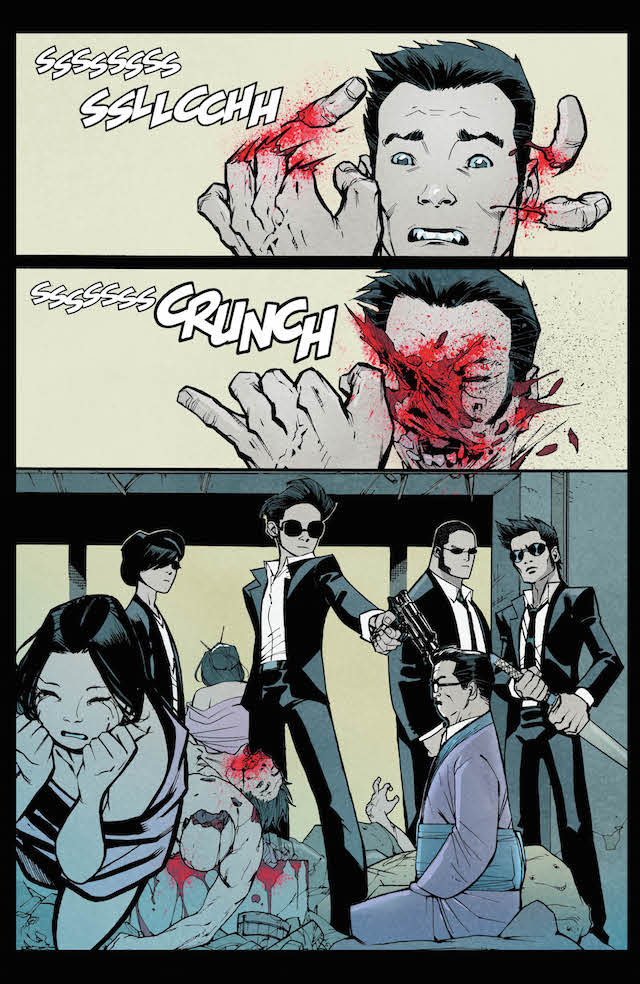 What's different this time around with the second Get Jiro! book, compared with the last one?

Boudain: We're looking to a whole different genre. The traditional Yakuza films of the '50s, '60s, '70s, and '80s. It's about a young man. It's got more of a classic manga style than the first book.

Did you look to specific film directors? 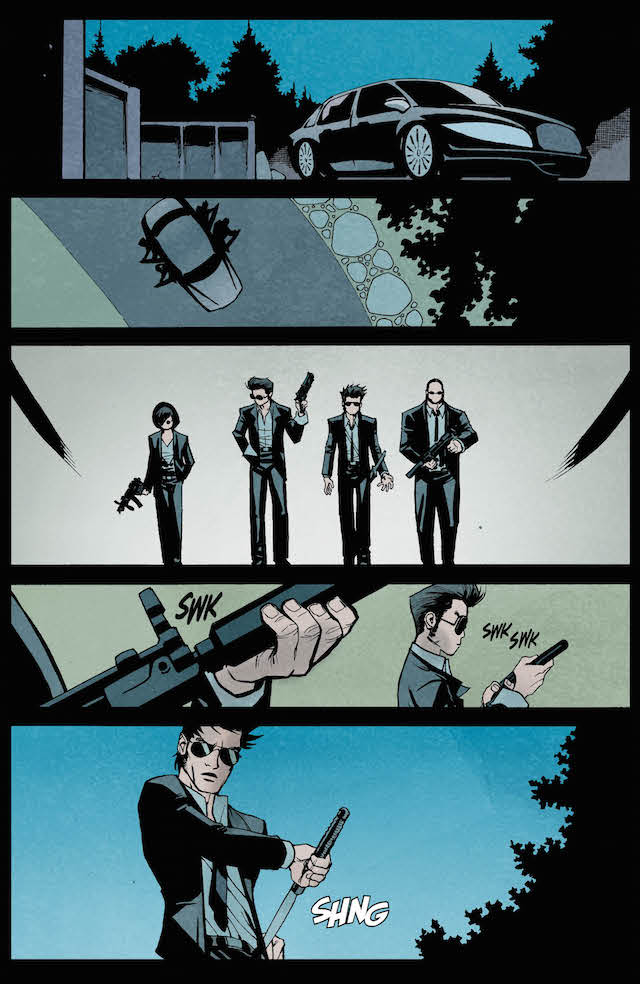 Did you think of it in terms of a cinematic object, as you were both working on it?

Rose: Anytime you're working in comics you're thinking about cinema as well. You're always about where the camera is and angles. The arcs of stories.

Bourdain: Like making my show, it's ideally a "show, don't tell" medium.

You've said that Get Jiro! was inspired by a trip to Yasuda—you watched rich knuckleheads drenching sushi with sauce and wasabi, and wanted to decapitate them. Have you ever heard of a chef actually getting violent with a customer who disrespected their food?

Bourdain: No, this is why chefs drink. Most of my career wasn't in the good old days, it was the bad old days when you were punished for your best efforts. When if you worked really hard and went the extra mile you'd get the whole roasted fish sent back. They'd say "Eww, it's looking at me, can you cut the head off?? Can you fillet it? There're bones in it!" You always got compliments on the fucking filet mignon and not on the stuff you knew you were born to make, or good at. I'm sure most, if not all chefs, have experienced that sense of frustration. 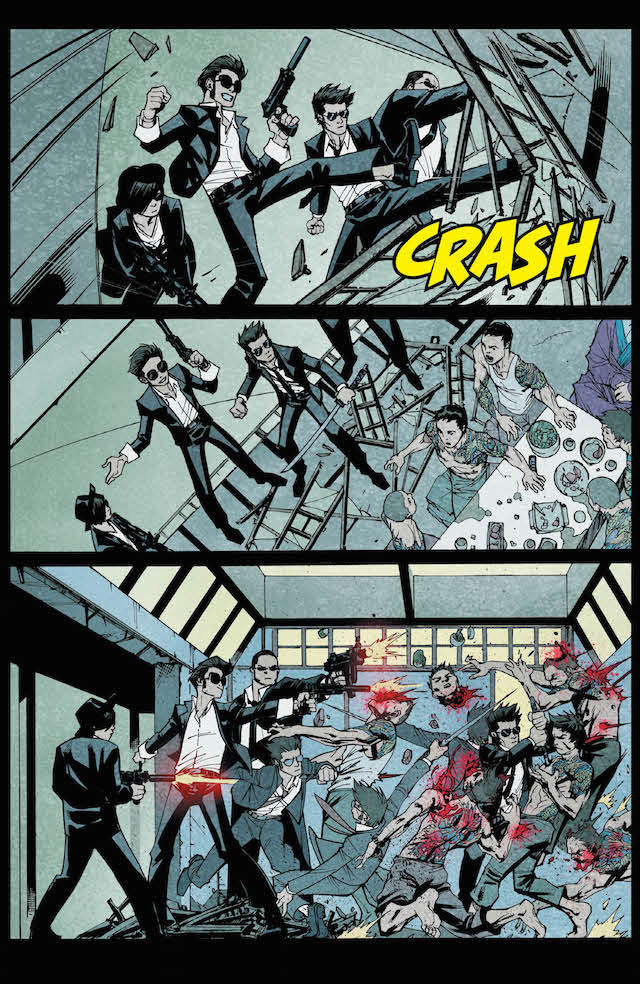 Do you think chefs now in New York are better or worse behaved than in the 70s and 80s when you were cooking?

Bourdain: Much better. I think, you know, the tantrum-throwing prima donnas—those days are largely gone.

What's one of the most misunderstood things about sushi?

Do you eat sushi with chopsticks? No, not necessarily. [For] most nigiri, your fingers would be preferred. If you pick it up with your chopsticks, the sushi chef will have to squeeze it tighter so that it'll stick together. You're better off picking it up gently with the fingers, then upside down into the sauce; if you're even going to do sauce.

Look, I don't want to present myself as someone who's an expert on the subject. I will never know all the things that could and should be done with sushi. But, I'm making an effort. This notion that it's just raw fish and rice is probably the worst worst assumption. The difference between good sushi and really great sushi is the difference between a tricycle and a Ferrari. 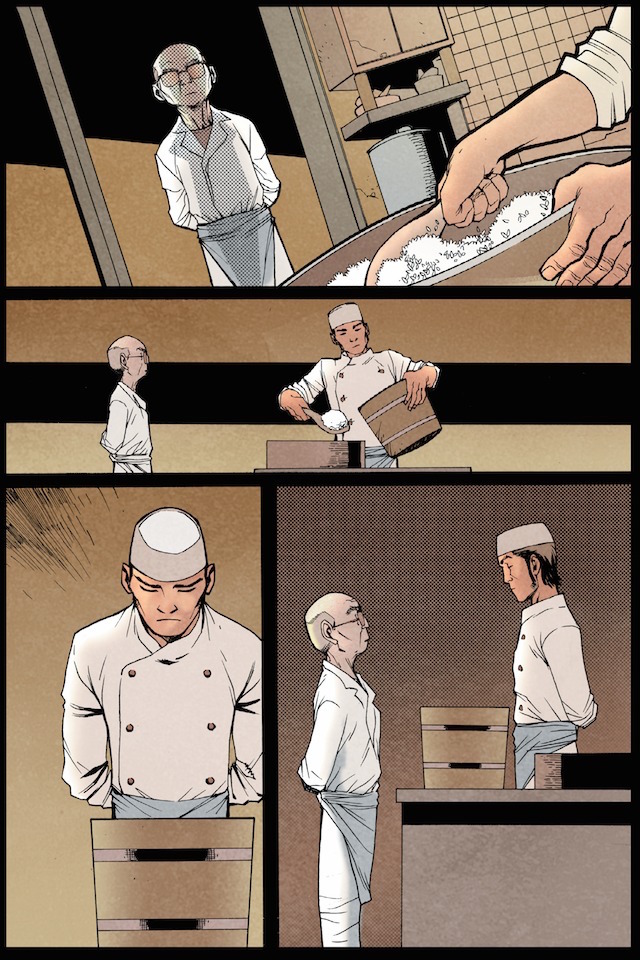 Are there concrete ties between the world of a sushi chef and that of a martial arts student?

Bourdain: What they share is the willingness of a student to become a beginner. To surrender oneself entirely to someone who clearly knows more than you will ever know, in the hope that you will in tiny increments move forward. Whether it’s making rice or surviving in side control, they're about humility and a willingness to face an insurmountable learning curve, but not care. You show up everyday and try to suck less.

Rose: My boys studied jiujitsu with a very old man who was just the most elegant individual I've ever seen. His feet were so flat on the mat over the years, and he was—he was not frail. He just commanded so much air around him, like a great chef.

Did you then have a somewhat familiar humility muscle when you were starting to train?

Bourdain: My own training was unlike anything I've ever done, other than when I first started as a cook. For some reason I understood that I wasn't as good as these guys. They could abuse me all day long, but I was going to endure and survive and learn. 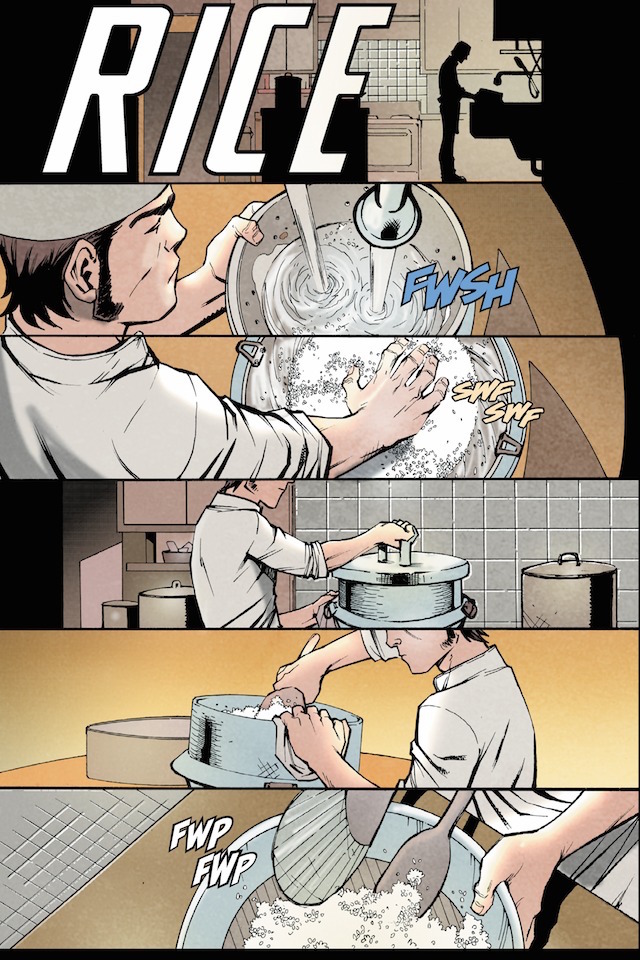 You were a guest on Colbert's Late Show a few nights ago and he said "You have a college student's dream job!" He framed your work as just eating, drinking, and traveling all day. But that squashes a lot of the nuance that is involved in the many different things that you do, and to me the mission statement of Parts Unknown is teasing out nuance of these other places and and people. Does it ever piss you off?

Bourdain: I'm really, really flattered that you say that, but I think it's a lot to ask of people. I don't have a mission, and I don't have an agenda. That's the road to madness and a degree of narcissism that even I don't have.

Look, if you call what I do a "food show" enough times, and I've just gotten off the plane from two weeks in the Congo—yeah, I get a little pissed, secretly. But I'm not going to start throwing my cell phone at somebody. We do what we can, and I'm doing it for me anyway. I'm not looking to teach or inspire. I'm here to learn and have fun.

What are your thoughts on Danny Meyer's proposed "no tipping" policy in his restaurants?

Bourdain: I think, as with most things that Danny does, he's probably at the forefront of a game-changing phenomenon. I think as Danny goeth, so shall the rest. I mean, he was the first guy in New York to ban smoking—something for which I gave him a lot of shit back then, but look at us now. I think it's probably the right thing to do, and I think it's going to be the way we do business in the future. For a whole lot of reasons, it's the way of the future.

Purchase a copy of Get Jiro! here.