Americans have been wising up to the deleterious effects of sugary liquid death, cutting back on soda consumption and turning to alternative forms of hydration. In 2015, the average American bought about 35 gallons of water per year and 40 gallons of soda, as opposed to 15 gallons of water and 50 gallons of soda in 2000. Now, reports indicate that Americans drink more bottled water than they do soda.

Per capita, Americans drank more than 39 gallons of bottled water in 2016, compared with 38.5 gallons of soda, which, still isn't great, guys. The data points to water's versatility (no need for carbonation or refrigeration) and general healthful qualities as reasons for the growth. 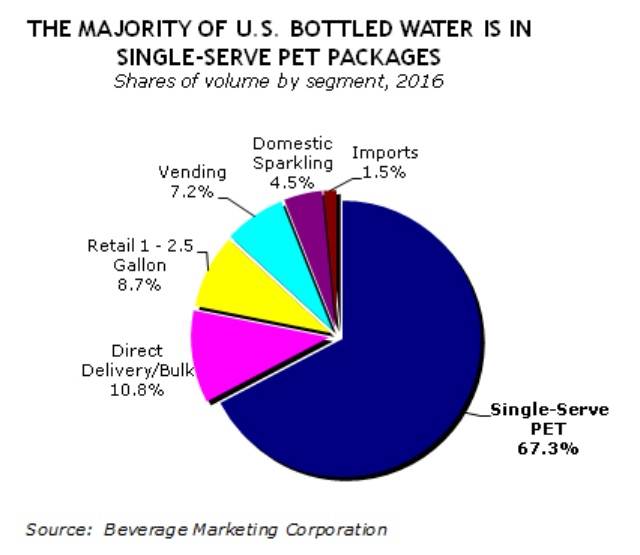 At least one entity isn't jazzed about all of this: the Earth. Bottled water has an enormous environmental impact from the staggering waste with each one that's tossed in the trash to the manufacturing resources like chemicals and oil used to make the bottles, as well as the carbon emissions from trucks used to transport them. Invest in a reusable bottle to save the environment and your finances.

As the Wall Street Journal points out, soda was still the big money-maker ($39.5 billion versus $21.3 billion for water) and Coca-Cola and PepsiCo also control the country's two most popular bottled water brands Dasani and Aquafina. You cannot topple Big Soda but you can circumnavigate it.

#bottled water
#soda
#water
Do you know the scoop? Comment below or Send us a Tip