All About Milk Punch, The Dairy Cocktail You Should Be Drinking In addition to its seriously dope outdoor space, newcomer Forrest Point in Bushwick also boasts incredible cocktails, including some made with curdled milk. Not the most appetizing setup, to be sure, but the truth shall set you free, and so shall a few glasses of Milk Punch, as made by the bar's mixologist Dustin Olson. We asked Olson to walk us through the process and explain how this delicious drink gets made; prepare for some chunky milk shots.

Despite the name and the inclusion of the dairy, the cocktail isn't creamy like a White Russian; instead, it's translucent, so much so that without being told, there's no way you'd know there was milk in it. So why use milk at all? "The best way to describe the role the milk plays is how it allows all the ingredients to interact with each other," Olson explains. "You're dealing with a number of elements in any punch—spirits, botanicals, fruit, sugar, acid—all looking to play a part. Sometimes it can feel like a street fight in your mouth. The milk makes it feel like a dance." 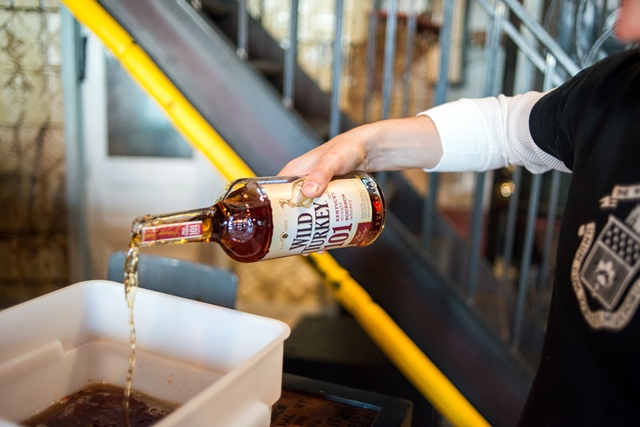 To make the punch, Olson employs a myriad variety of spirits, spices and steps, one of the reasons making your own isn't logical for everyone (more on this later). There's cutting and muddling involved (pineapples, in this case), zesting of lemons, boiling of water and a filtration system that requires a fair bit of patience. But the time commitment doesn't bother Olson at all. "I knew that 99% of the customers who walked in and saw it on the menu would want to know more," he tells us. "Despite the labor involved, it was an easy way to engage the people walking into Forrest Point for the first time. And, you know, it tastes really damn good."

It really does! So far, reactions have been very positive, with skeptics being won over by the unique flavor of the beverage. Olson says that every time he serves a newbie the drink, he gets the same reaction: "That's not what I was expecting at all." 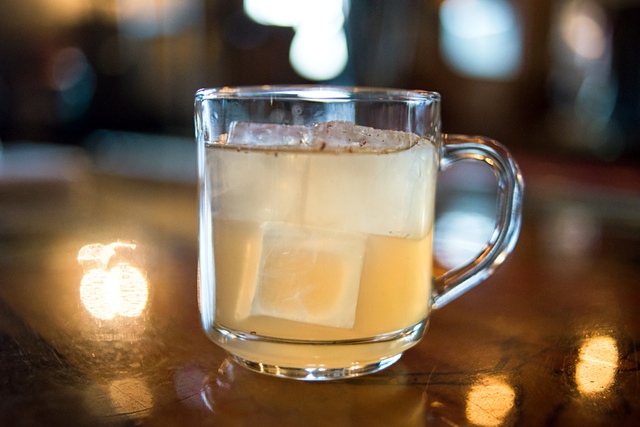 The bar's offering two types right now, both $9: the Fancy Pants—which you see being made in the photos—made with rum, bourbon, sherry, Lapsang Souchong tea and pineapple, and the Red Hook, made with rye, brandy, vermouth, stone fruit and chai. Olson says he's currently working on a new punch made with The Botanist gin that'll be more cold-weather appropriate. He also says that warm milk punches have been requested, giving him a "good excuse to play around."

If you think you're up for some playing around yourself, Olson has generously provided the recipe for his creation below. Otherwise, head out to Bushwick to sip on these specific versions, or try out The Underdog—the spot where Derek Brown introduced Olson to the process—or Midtown's Betony.

#bushwick
#cocktails
#forrest point
#milk punch
#original
Do you know the scoop? Comment below or Send us a Tip