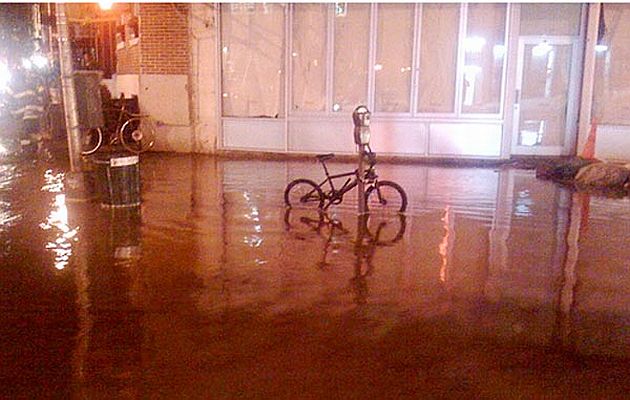 Some West Village restaurants can’t catch a break this week; first an old water main broke and flooded them out during Memorial Day weekend, now the city has been stone cold shutting them down. Eater has it that the Department of Health ordered Diablo Royale on West 10th Street to close yesterday for “unsanitary conditions” – a tipster says the inspectors faulted the restaurant’s flooded basement. Now the swank bar/restaurant Employees Only has gotten the hammer. The DOB’s sign on the door reads:

The Department of Buildings has determined that conditions in this premises are imminently perilous to life. This premises has been vacated and reentry is prohibited until such conditions have been eliminated to the satisfaction of the department.

Apparently, the city is thoroughly inspecting every establishment in and around the flood zone for sanitation issues and structural damage. A necessary step, but full closure is a bitter pill for restaurants trying to get back on their feet after the costly incident, which the DEP admits was caused by an old water main they had not yet gotten around to replacing.