An African-American couple claim they were hurled with racial-epithets and attacked by two Long Island pizza workers last week. Willie and Alfie Marshall told CBS that they were insulted and assaulted after they complained about two slices being stuck to a bag at Paesano II Pizza in Greenlawn last Saturday. “The allegations as they appear to be, that one of the employees had said ‘This is for Obama.’ You tell me what that means?” said the Marshalls’ attorney, J. Stewart Moore. “He used the ‘N’ word. He said [expletive] this is for Obama,” Willie Marshall added.

The Marshalls claim the workers, brother Mike and Frank Meringolo, refused to help them with their pizza, or issue a refund, and instead began cursing and screaming at them. They claim the brother mocked them and threw a salt or pepper shaker at Alfie Marshall as they were trying to leave. Then the fight turned physical: “He stomped me in my face again, then he made a racial slur — I don’t want to say it on the air, I don’t want to do that,” Willie Marshall said.

Marshall added that he was peaceful until the brothers hurt his wife: “As I was going out the door, there were some chairs standing there, and quite naturally, when I saw the blood I got very angry and I kicked the chairs,” he said. The couple are still contemplating whether to file a lawsuit against the pizza place. 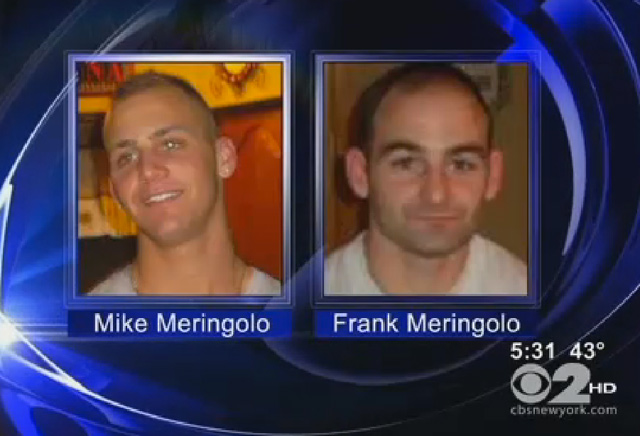 The pizzeria employees, who have been charged with misdemeanor assault, claim Marshall threw a jar of Parmesan cheese at them. They say Alfie Marshall's injuries were a mistake caused when her husband inadvertently ran into her and bumped her into the door. “The allegation by Mr. and Mrs. Marshall that the incident on Nov. 24 was quote a racial attack or an Obama backlash is completely untrue,” defense attorney Richard Toscani said.

We imagine that both sets of lawyers stressed that this was NOT just a scene taken from Spike Lee's secret Do The Right Thing sequel: