A Trip To Pesso's, A Beloved Ice Shop In Bayside, Queens

Pesso's Ices & Ice Cream in Bayside, Queens has been offering up sweet relief on hot summer days for nearly 15 years. The shop — run by retired house painter Gidon Pesso an his son Aylon — scoops over 200 flavors of ice, gelato, and ice cream that'll sate your frozen treat cravings. They've been in business since 2004, when they took over Crispino’s, an Italian ice business their friend ran for a few years on the same corner, and they've been a neighborhood staple ever since.

Growing up on a farm in Isreal, Gidon, now 60, remembers riding two buses and walking a few miles into the nearest town with his mother to get a cup of ice cream, an unusual treat for him at the time. “Getting ice cream was a big chore and very rare, but every time we got ice cream, as a kid growing up, it was an amazing thing,” he told Gothamist.

These days, his Italian ice and ice cream shop allows him to relive this piece of childhood daily. 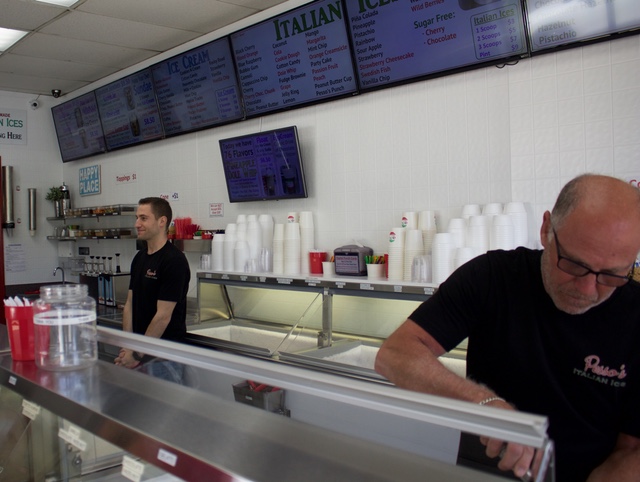 You can typically find Gidon greeting customers as they walk into the shop. Their extensive menu of house-made sweets are displayed on flat screens mounted on the wall behind him, and his son Aylon is never too far away.

The duo told me their top flavors for ices (which go for $2 a scoop) are classics such as rainbow, lemon, and cherry. But it was the sour apple ice that took me back to 5th grade, when I would trade Jolly Ranchers with my peers at the local bodega. The ice tasted like someone distilled those candies, mixed it with ice, and scooped it into a Styrofoam cup — delicious, and also delivering a hit of nostalgia.

The shop's popular ice cream and gelato flavors are roasted marshmallow and salted butter caramel, but many go for the Dole Whip, a pineapple soft serve treat that's inspired by a Disneyland fave. A few flavors are switched out on the menu weekly during the summer season, to keep things fresh.

"I’ll have a dream, or see something in the grocery store, and I’ll text my dad and we’ll start mixing the ingredients in the back of the store right away,” Aylon, 27, told the NY Times recently. Some of those experiments have included a Harry Potter butterbeer, and a Swedish Fish ice. 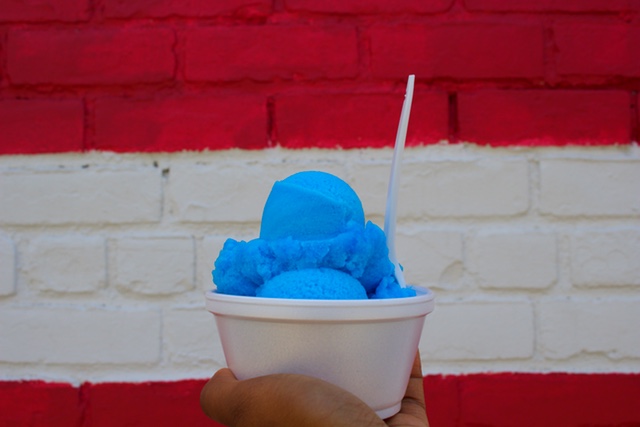 The recipe for their house-made treats is closely guarded. Like other ice shops all over NYC, a peek inside the production space was forbidden, though they stressed that the secret ingredient in their frozen treats was love.

“We care so much,” Alyon says. “Because it’s not just like oh it’s made in a factory and the people that make it never see the customers. We see the reactions and we’re tasting it always.”

And those customers are loyal. “My friends, my family, [they] were just like you have to go there. They said everything is great,” said Marie Varjian, 75, about her first visit to Pesso’s. 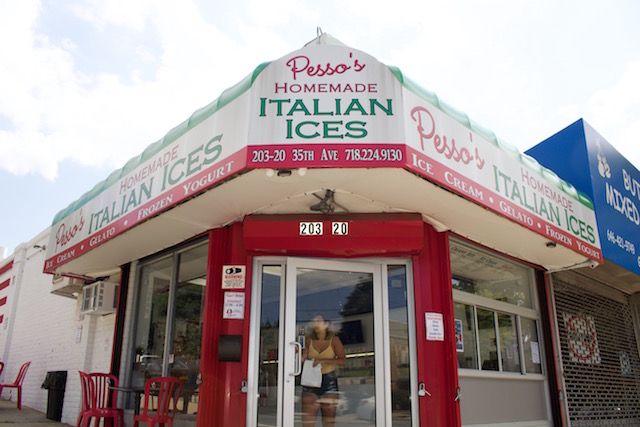